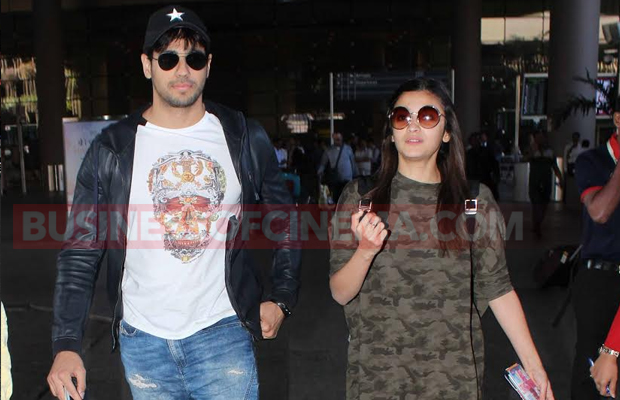 Sidharth Malhotra Speaks About How His Valentine’s Day Was

The audiences loved their chemistry right from their first film together, Student of the Year (2012) and when the rumours about their relationship came to surface, it got the fans excited even more. But Sidharth Malhotra and Alia Bhatt have never confirmed their relationship. They have been spotted together on multiple occasions and have also called each other “special”, but have always slyly taken an off route when asked about their relationship.

Recently, on Valentine’s Day, Sid was spotted leaving Alia’s house which added fuel to the fire. He was even clicked by the paparazzi visiting Alia at her house. When the actor was asked about how his Valentine’s Day was, he said, “It was very good, it was like any other day.”

When probed further and on specifically being asked about him spotted leaving his Kapoor & Sons co-star’s house, with twinkling eyes he said, “What? Whose house?” and that’s it!!

It was reported that Sidharth has signed a film with Salman Khan production. On being quizzed about that Sid said that “The only film I am doing now is ‘Ittefaq’, which I start soon. Nothing else is official.”