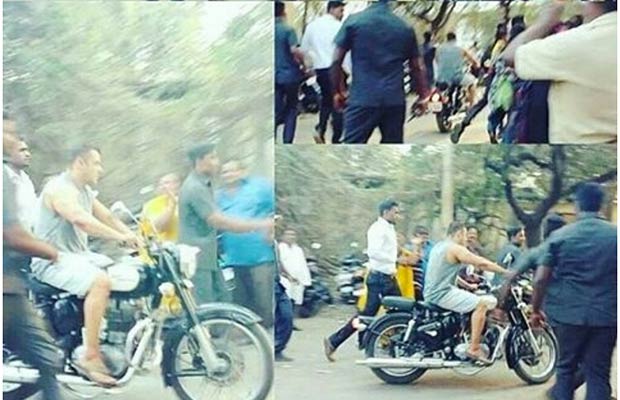 [tps_footer]We all know how much these big boys love their bikes, cars, gadgets and much more. Salman Khan owns cars like Audi RS7, BMW X6 and M5, Audi R8, Toyota Land Cruiser, Lexus LX570, Mercedes-Benz S-Class and superbikes such as Limited Edition Suzuki Intruder M1800 RZ, Suzuki Hayabusa, Yamaha R1 and much more to his cars and bikes collections. But, you will be surprised to know that even after owning plenty of luxurious cars and super fast bikes, Salman is very fond of cycling and there have been times when Salman has reached his movies sets, studios and rehearsal halls with the help of his cycle.

Do you remember Salman Khan and Katrina Kaif spotted together on a bike ride and Salman was riding his gorgeous red-hot, superbike and people around them just couldn’t stop taking their pics? Now, we don’t know when exactly we will get to see this beautiful ex-couple riding a bike again. But, there is something new that has happened on the sets of Sultan and we are here to share it with you. 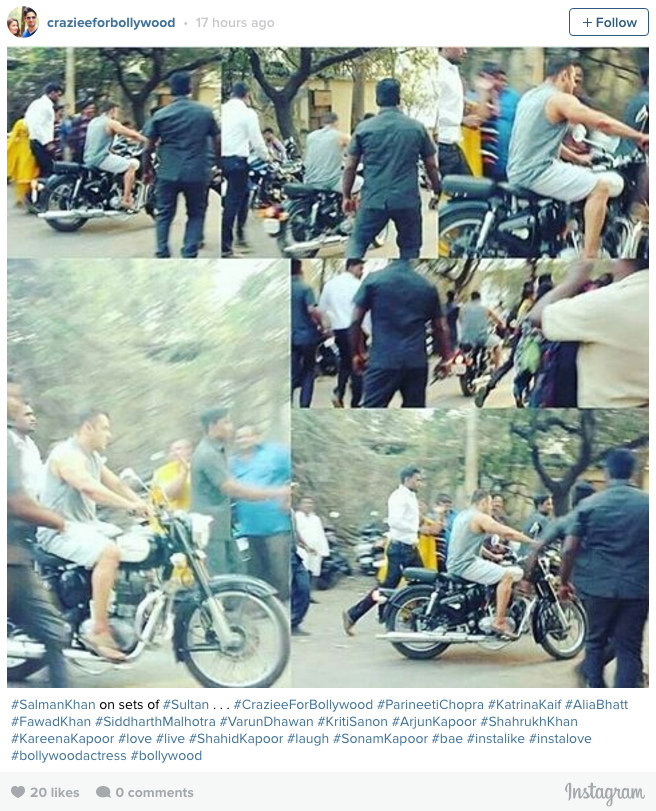 Very recently, we could spot Salman Khan riding the “Bullet” on the sets of Sultan and he had a heavy security around him. Anushka Sharma is a part of this movie too, but she wasn’t spotted riding the bike with Salman. This bike ride was maybe just to break the hectic routine of the shoot, as we all know to what extent Salman and Anushka Sharma have worked hard to prepare for their characters in the movie. Or maybe, this bike ride will be a seen that Dabangg Khan must be practicing for. We will have to wait for that but for now, check out these pics and get ready to watch Sultan on the silver screen this Eid.[/tps_footer]