Virat Kohli, is probably one of the few exceptions where the cricketer has a wider female fan base than males. Sure, cricket is not the driving factor. But it is his looks, charms and just an amazing bae!! He has always given boyfriend goals with the kind of things he does for his ladylove Anushka Sharma. And he does it yet again.

Virat is currently playing in Mohali for the India vs England third Test match. And he landed up at the airport to receive his ladylove who was there to enjoy the pleasant winter in Mohali. Isn’t the gesture super-duper cute?

His girlfriend arrived at Chandigarh airport last morning where Virat, the doting boyfriend was waiting to receive her. They were spotted heading back together when they caught the attention of the paparazzi.

Earlier this year there were reports of the two lovebirds calling quits as apparently Virat had asked her hand in marriage and she refused saying that she wants to focus on her career at the moment.

Neither Anushka nor Virat ever openly admitted to being in a relationship until last year when Anushka finally came out in the open about her relationship with him. Anushka even made Virat’s 28th birthday special in Rajkot. She treated him with a special surprise where she decorated their room with roses and the pictures went viral on social media sites.

Seems like all is well in this paradise of love! 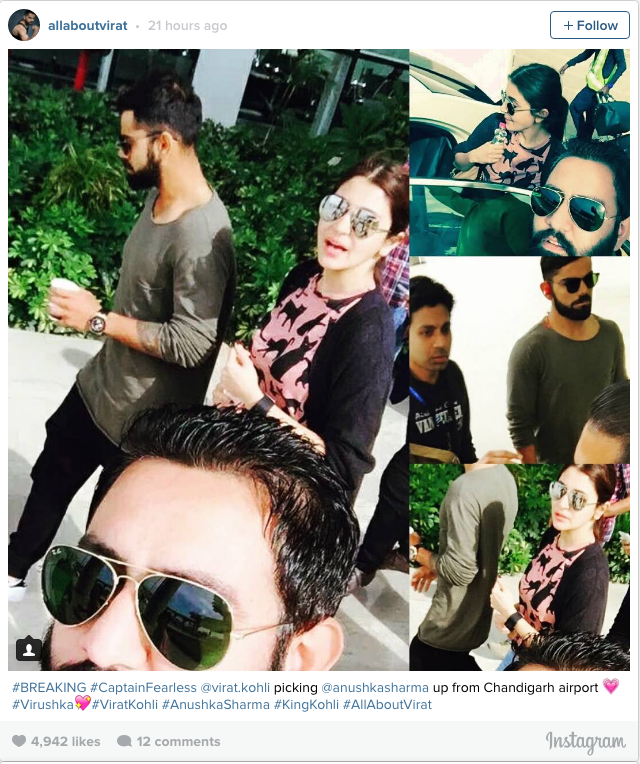 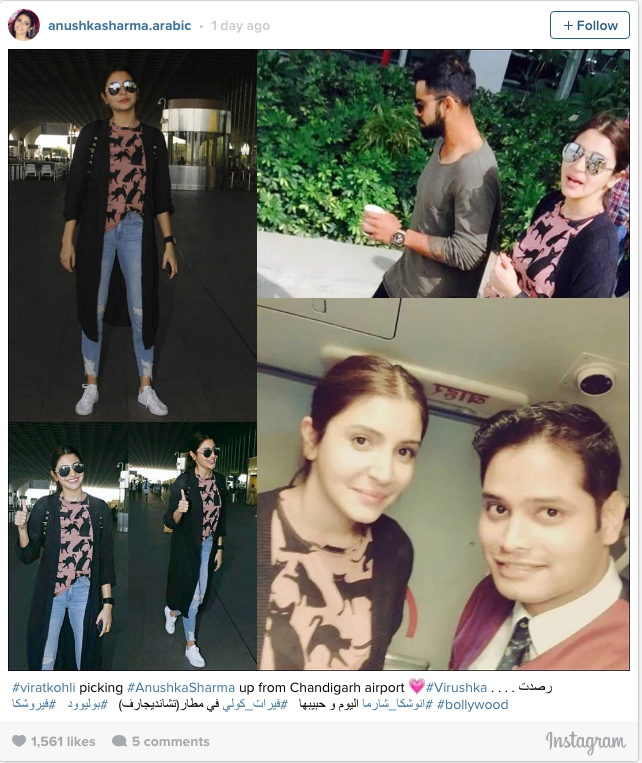 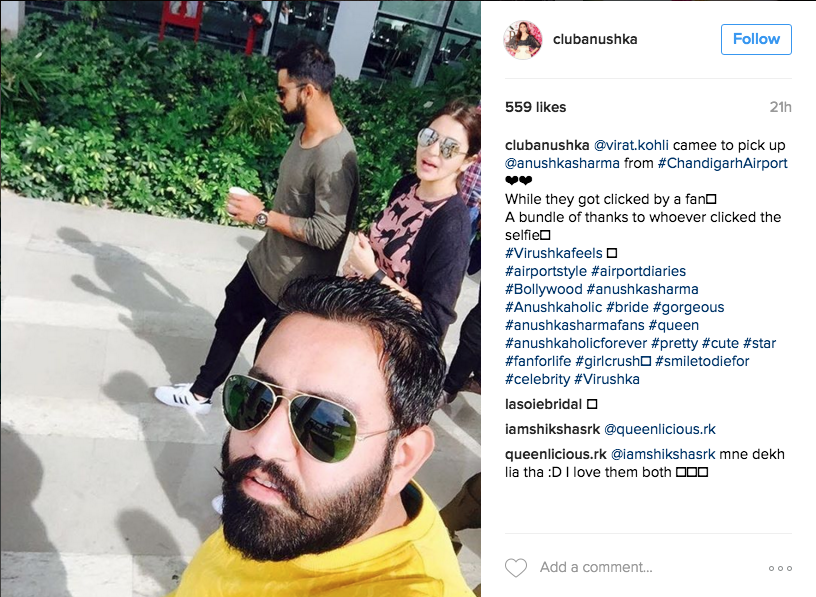