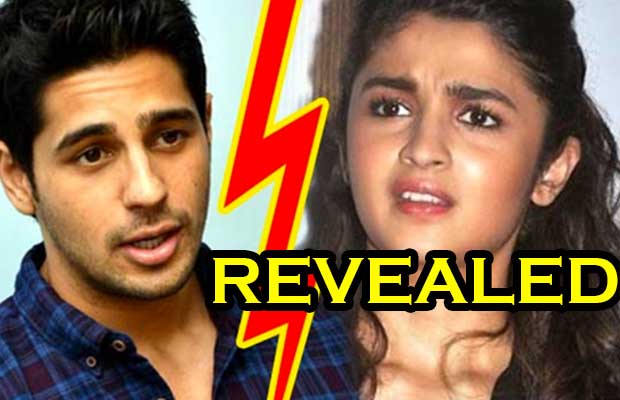 [tps_footer]Alia Bhatt and Siddharth Malhotra were dating each other. Yes, they were dating, but they never accepted nor did they deny the fact that they are dating. Alia was seen spending time with Siddharth and was often seen visiting his place. But the sad news is that they have now broken up.

According to a leading daily, Alia and Siddharth have not spoken to each other for the longest time. In fact, Alia didn’t want Siddharth to work with Shraddha and this was one of the reasons for their break up and also they had mutual differences too. Apparently, both were not on the same page anymore and hence they parted their ways.

Alia Bhatt in an interview with a leading daily said, she is single and Sid is a supportive and extremely important friend in her life and will always be that. As a friend, rather than asking him not to do films with any actress, she keeps telling Sid to work with every person because she thinks that he has all the charm, talent and hotness in the world and the potential to become the biggest superstar of this country.

However, both of them have still not commented on this issue. Also, both of them are a part of dream team tour, will they perform with each other and maintain a normal equation just like Shraddha Kapoor and Aditya Roy Kapoor, of course, they were dating too. But post break up they are still comfortable with each other.

During a recent interview, Alia Bhatt opened up about her failed relationship and how she focused on her career and became stronger than ever. She said her father Mahesh Bhatt has gone through bad relationships, and Alia has faced a break up too.

Alia played smart and she didn’t reveal the name of her ex-flame but she said that she had to end her relationship in order to focus more on her career and go ahead in her life. She didn’t blame the man for a failed relationship or accused him of any allegations but she just said that failed relationships help us to grow and understand things and people much better than earlier.

Alia was clear about the fact that she has been working in movies with Sidharth Malhotra and it’s natural for media to link them and present as a new B-Town couple although they are just friends and they are an important part of each other’s life. We know that Alia Bhatt loves to keep her personal life, private, but being and A-list actress of Bollywood, you can never hide anything from media and shutterbugs.

We hope that Alia and Siddharth do a film together since they look exquisite with each other.[/tps_footer]