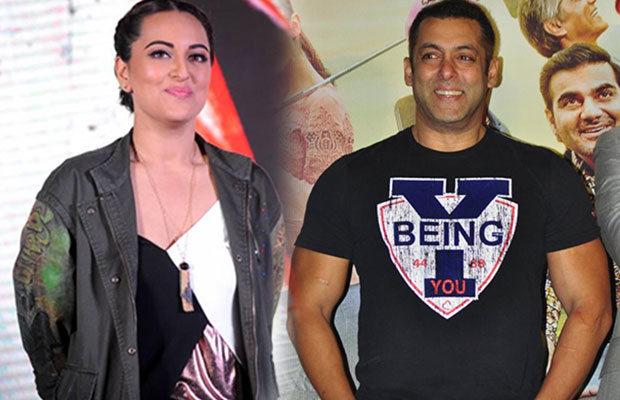 [tps_footer]Speculations suggested that things are not going too well between Sonakshi Sinha and Salman Khan. It was also reported that the makers of ‘Dabangg’ might replace Sonakshi in the third installment of the film. ‘Dabangg 3′ is already in the planning stage and will go on floors next year i.e. 2017. Reports suggested that Sonakshi who starred in the last two ‘Dabangg’ films will not pair up with Salman again.

After loads of confusing rumors, the daredevil actress has now opened on the matter. On talking about starring in ‘Dabangg 3′, Sinha stated that whatever she is right now is because of ‘Dabangg’. The starlet added that she will always be grateful and thankful to the film and will be a part of the movie even if it is a guest appearance.

While sharing about being a part of ‘Dabangg 3′ opposite Salman Khan, Sonakshi stated that the script of the film is still in the works. However, she confirmed that Rajjo’s character will not undergo any change irrespective of what the story is.

Additionally, Sonakshi Sinha confirmed that if Rajjo’s character is present in the third part it will be played only by her. The actress further urged everyone not to make any speculations until things are finalized.

It is now clear that Sonakshi Sinha and Salman Khan will yet again pair up on the silver screen for the hit franchise. However, there is a possibility that one more heroine will be roped in for the movie too. Arbaaz Khan who is the man behind the film has not made any official announcement as of now.

On the work front, Sonakshi will soon be seen in AR Murugadoss’ ‘Akira’.