Sonakshi Sinha blocks singer Sona Mohapatra after the latter took a dig at her tweets about Armaan Malik!

Sonakshi Sinha and Armaan Malik’s war of words on Twitter had become a matter of past. But the continuous talks over the matter by the celeb herself and other stars also has kept it alive.

In the recent developments in the matter, the Bollywood actress Sonakshi Sinha has blocked the Ambarsariya fame singer, Sona Mohapatra on Twitter. It was the singer herself who posted the screenshot of the notification telling that the actress has blocked her. Sona captioned her post with, “Hahahaha! Not that I’d ever followed this bundle of talent, grace & intelligence.” 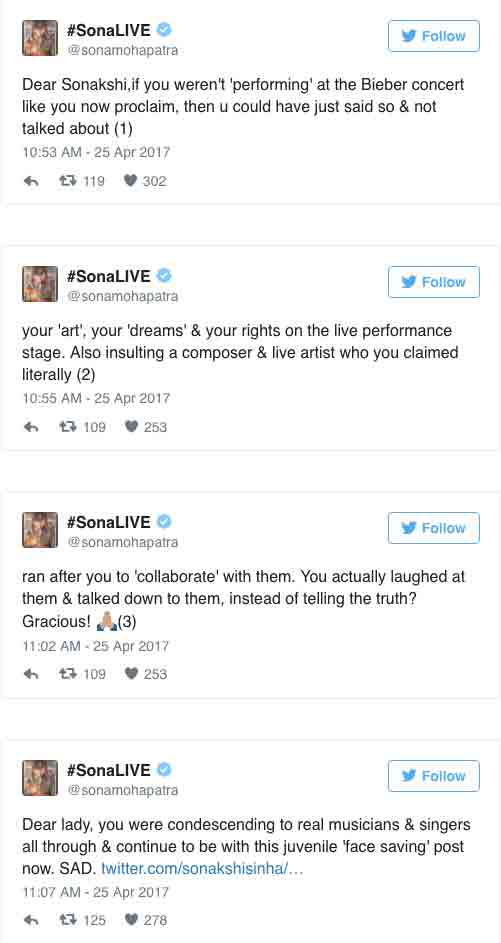 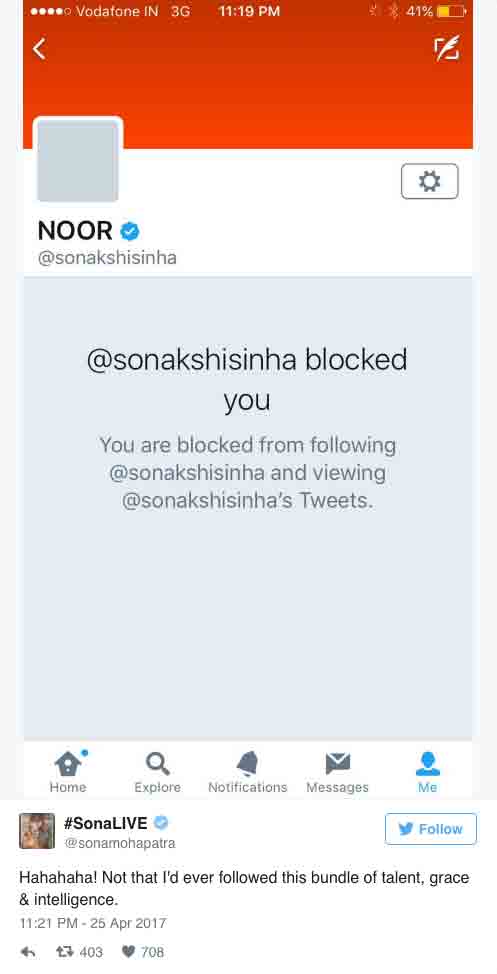 A few days back, the singer Armaan Malik had tweeted supporting Kailash Kher about his views on actors performing in music concerts. It was based on the rumours of Sonakshi performing in the concert of famous singer Justin Bieber who is coming to India for a purpose tour. Sonakshi had replied to Armaan’s tweet in a way which started a war of words between the two of them.

It was in reference to those tweets that Sona Mohapatra took a dig at the actress saying, “Dear lady, you were condescending to real musicians & singers all through & continue to be with this juvenile ‘face saving’ post now. SAD.”

In a series of tweets, Sona also wrote, “Dear Sonakshi, if you weren’t ‘performing’ at the Bieber concert like you now proclaim, then u could have just said so & not talked about your ‘art’, your ‘dreams’ & your rights on the live performance stage. Also insulting a composer & live artist who you claimed literally ran after you to ‘collaborate’ with them. You actually laughed at them & talked down to them, instead of telling the truth? Gracious!”

It was a reaction to these tweets that the actress went ahead and blocked the singer!