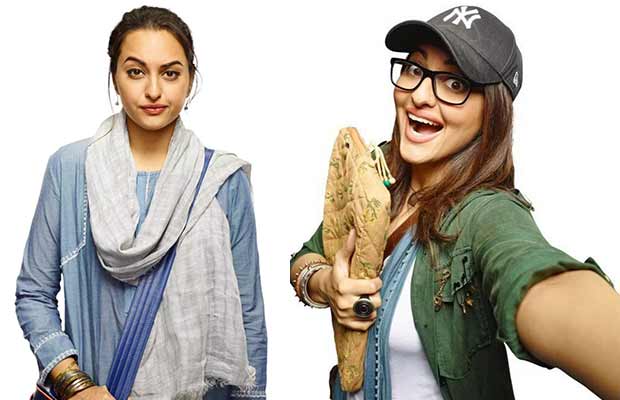 [tps_footer]The film, based on a best-selling novel, will be directed by ace ad-filmmaker, Sunhil Sippy

June 2, 2016: After recently coming together to produce the Indian adaptation of the Hollywood film, Chef, Bhushan Kumar’s T-Series and Abundantia Entertainment led by Vikram Malhotra have partnered once again. This time, to produce the film adaptation of the popular book, ‘Karachi, You’re Killing Me!’ written by Pakistani journalist, Saba Imtiaz.

The film is titled Noor and will star the inimitable Sonakshi Sinha in the title role. The project will be helmed by popular ad-film director, Sunhil Sippy, known for his work in the fashion, lifestyle and beauty space.

The bestselling novel, which became a roaring success upon its release, has been described as “Bridget Jones’s Diary meets The Diary Of A Social Butterfly”. Corresponding to the novel, Noor too will be a film that will chronicle the life of a journalist, Noor Roy Chaudhary, played by Sonakshi.

Set in Mumbai, the film will capture Noor’s journey. Her relationships, career, aspirations, friendships, choices… Her infatuations, her insecurities and her many dilemmas as she comes of age, and develops a fresh perspective on life.

Director Sunhil Sippy is excited about working with Sonakshi Sinha on the film, he says, “Sonakshi represents a real girl who struggles with real-life issues. There’s an immense sense of relatability to her because she, as an actress, has the courage to present her vulnerability. I’m equally gung-ho about creating a piece of cinema that weaves a wonderful tapestry of relationships into the real-life contradictory dynamics of Mumbai.”

Thrilled about playing a 20-something journalist in this breezy tale, Sonakshi can’t wait to start work on the film. States the actress, “I’m excited about playing Noor. I can’t wait to bring this character to life under the vision of Sunhil Sippy. Noor is a bundle of contradictions, she’s every girl, she’s me. And she’s a character everyone will love.”

Talking about jointly producing Noor, Bhushan Kumar, Managing Director (T-Series) says, ’’ Having produced Baby, Airlift and Sarbjit, we are committed to bringing content driven films to our audiences. We believe Noor will connect with today’s audiences and we are delighted to produce it.’’

Speaking on the development, Vikram Malhotra, Founder & CEO of Abundantia Entertainment, adds, “Non-conventional and fresh story-telling is the cornerstone of Abundantia’s content strategy. Our first two films, Baby and Airlift, were built on this perspective and have been loved by millions of movie-goers. With Noor, we tell a story that is young, relatable and very slice-of-life yet unique in its own way. I’m delighted that Sunhil Sippy is helming this tale and that T-series is partnering with us once again.”