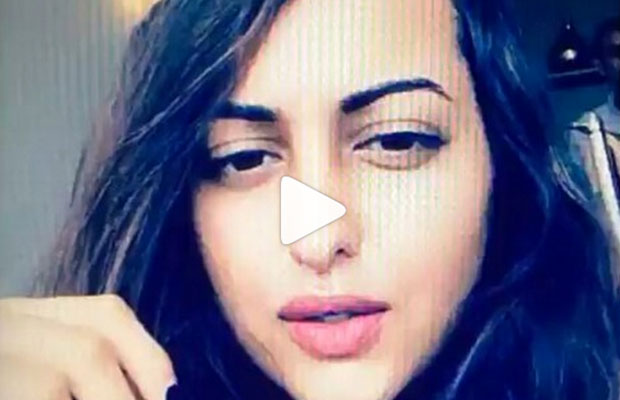 [tps_footer]Bollywood actress Sonakshi Sinha is leaving no stone unturned for the promotions of her upcoming film Akira. The actress has been promoting her film from city to city and despite that, she is full of energy. The actress recently visited Lucknow for the promotion of Akira, which is directed by A R Murugadoss.

While she was on her way to Lucknow, the actress recorded every journey of her on Snapchat. She has gained much popularity by updating her whereabouts through Snapchat. While going through her Snapchat, we came across a very funny snap in which the Dabangg actress trolled an airline. Sonakshi smartly trolled an airline on her Snapchat with a hilarious video that will make you go laugh out loud.

The reason why she took a dig at the airline is too funny and for that, you need to watch the video right here:

The Tevar actress also shared a crazy and power packed video of her from the promotions of Akira. In the video, the actress is seen singing ‘Raj Raj Ke’ and it’s really amazing to hear! She shared the video with a caption, “Loved how we turned it into our own little concert!!! You rocked it Amity!!! Full powerrrrrrr…..”

Talking about her film Akira, the film is Directed by A.R. Murugadoss and produced by Fox Star Studios starring Sonakshi Sinha , Anurag Kashyap and Konkona Sen Sharma in the lead will hit the silver screen on September 2, 2016.[/tps_footer]