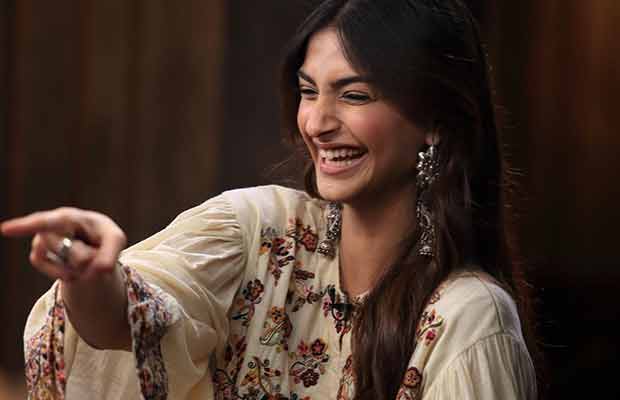 Bringing glamour to the couch, Jitesh Pillai’s next guest is an absolute fashionista and a National Award Winner, who will be seen at her candid best, and in a never seen before avatar. We are talking about the ultra- glamorous and Bollywood’s very own fashion icon, Sonam Kapoor. The ever so cheerful Sonam will be seen making revelations like never before in the upcoming episode of “Famously Filmfare”.

From talking about her first ever kiss to not believe in censorship, Sonam will be seen baring it all, including her preferences in men and her thoughts on dating actors. Sonam goes on to make a candid confession about how she judges people based on the perfume they are wearing, much to the amusement of the host Jitesh Pillai. The actress in her peculiar silken voice will be answering a volley of questions put forth by the host in an unapologetic manner. From confessing that she is too sensitive to aspiring to be like her father, catch the style diva being herself as she talks about her illustrious journey from being an innocent 19-year old to a much mature person today. Finally talking about being tagged as the gossip queen of Tinsel Town, Sonam will be seen bursting the myth. She stated,” If I have to gossip I will do it in my bedroom with my friend and not on someone’s couch on national television.”

Further while chatting with Jitesh, the starlet will be seen clarifying about her alleged boyfriend, “I don’t want it to be written about. That has to be under my control. Everything else in my life is completely out of control. People are always saying things about me, on social media. They are always judging the way I look, the way I stand, the way I eat, the way I act, the way I speak. I need to protect others who come into my life because that person hasn’t signed up for what I have. Why should he or she have to go through that? It’s not fair. It’s private and I don’t believe in talking about it. I will not hide it but I will not talk about it either.”

To know more about Sonam’s’ candid side and her take on Bollywood and relationships, tune in to Famously Filmfare on May 19th on Jio Network followed by telecast on Colors Infinity on May 21st at 9 pm.