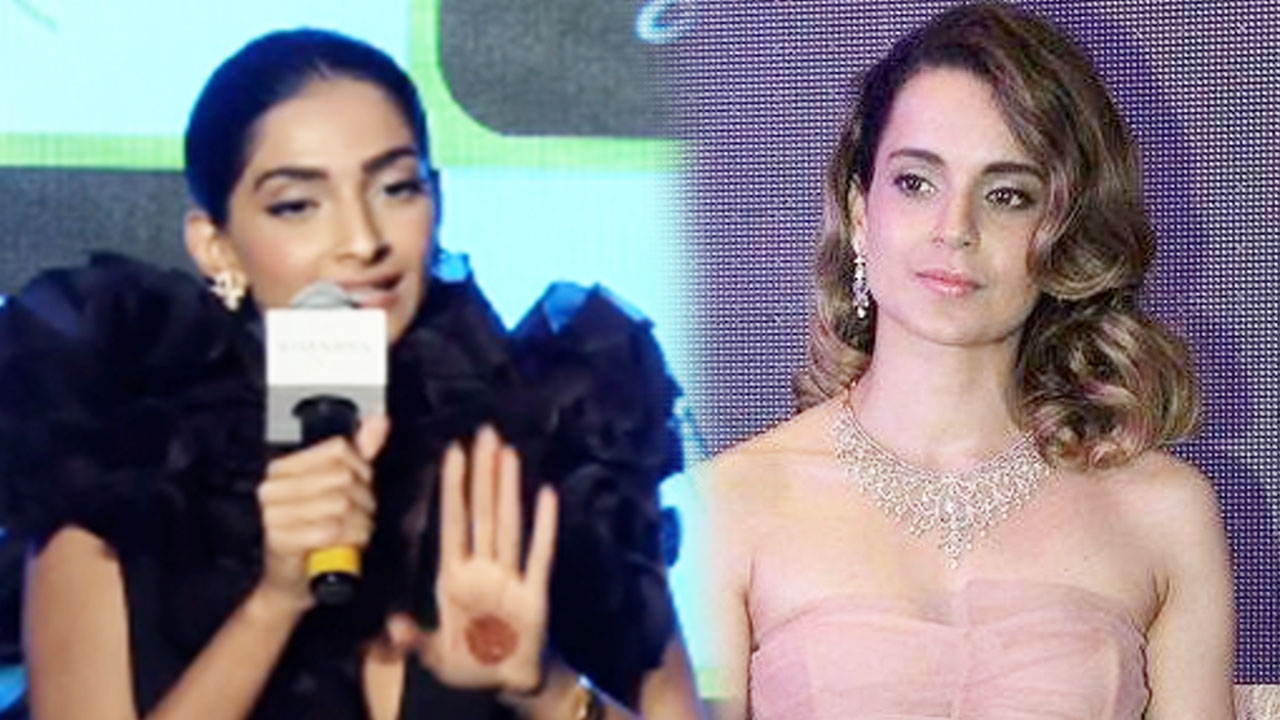 Just after Kangana Ranaut made comments on nepotism in the film industry, the industry has been talking about it. And why not? Her comments always catch attention and ignite a spotlight on her.

Just after she spoke about nepotism and favour for star kids in the industry, Alia Bhatt took a stand for herself and defended her talent and skills. She had said that there are many star kids who didn’t make it big. What about that!

Well! Just after we got a statement from one leading actress, Sonam Kapoor was asked as to what she felt about.

This is what she had to say,

“I don’t know Kangana said. She keeps saying stuff. I love her. I always look forward to her interviews”.

Well! Check out the video of Sonam Kapoor saying good things about Kangana.

Kangana Ranaut, recently seen in Rangoon is having a tough time after the massive failure of her film opposite Shahid Kapoor and Saif Ali Khan. The film is going through a major loss and is a big turn off for the makers.