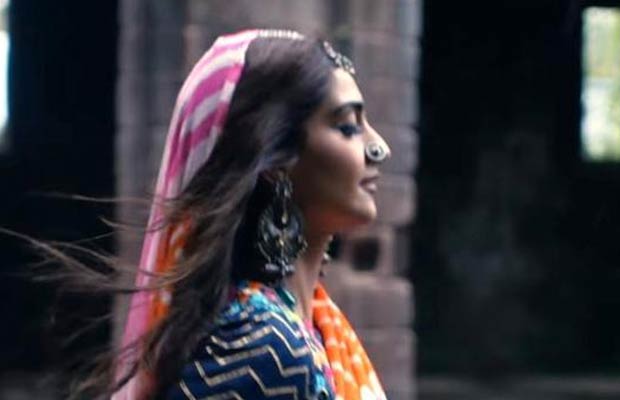 [tps_footer]Sonam Kapoor after working with Salman Khan in Prem Ratan Dhan Payo has recently done a video “Hymn” with the band Coldplay. But her appearance is not the center of attention. Infact, she is barely visible in the video for fraction of seconds. The “Jhakkas” Anil Kapoor‘s bindass girl Sonam Kapoor who plays only lead roles in Bollywood movies, shocked all her fans by giving such a short appearance in the video.

Sonam, however, doesn’t feel it’s something to feel bad or low about. It’s not necessary that every flick or video will only focus on one Actor. Here is what she said in her defence for doing Coldplay video.

Sonam said, “First of all, I am in a Chris Martin video and I am a huge fan of Coldplay. When I was in high school, I grew up (listening to) Oasis, Coldplay and U2. And if somebody told me at 16 that I was going to be in a video, I would go ‘shut up!'”

Expected from Sonam to be honest and real about what ever she does. She also said . “It’s Coldplay, dude. I get VIP access to them forever. So on my birthday, I get to take all my friends for a concert. I get VIP access to their concerts forever and I am going to make them sing ‘Yellow’ to me. This is good. When I was in high school, I listened to ‘Yellow’ from Coldplay and ‘Wonderwall’ from Oasis and I used to cry and wondered if anyone would sing these songs to me. And there I am, doing this video. Everybody is going on about these three shots alone,”

Aww!! We understand your point of view Sonam. It’s a big opportunity that you grabbed. Lenthy or short appearance shouldn’t matter. You are working with the right people at the right time, that should be the priority for anyone to be successful. Hope, all your fans see this positive side as you do.