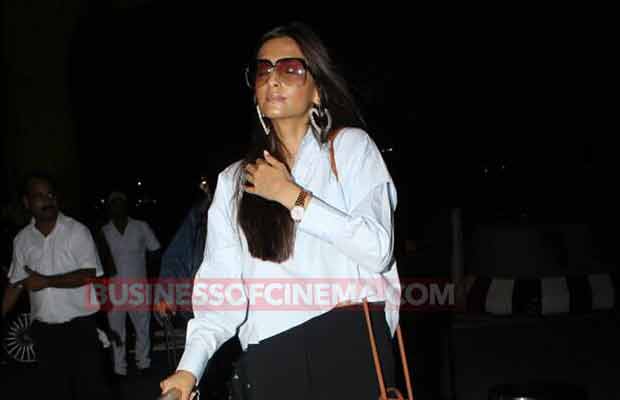 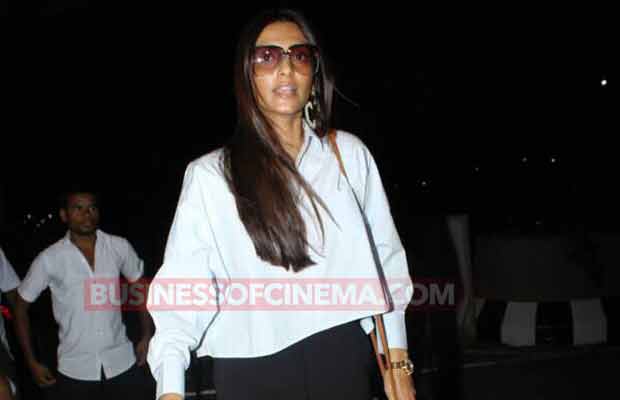 Fashionista Sonam Kapoor appeared in a no make-up look at the airport as she was leaving for the Cannes Film Festival 2017.

The Bollywood beauty Deepika Padukone has already dazzled the red carpet at the famous Cannes Film Festival, this year with her ravishing looks. Forever beauty Aishwarya Rai Bachchan also floored everyone with her fairy look at the prestigious film festival. And now it is the turn of the fashionista Sonam Kapoor to again grace the red carpet in the French Riviera.

It was on the Friday night when we spotted Sonam Kapoor along with her sister Rhea Kapoor at the Mumbai International Airport as she was all set to leave for Cannes. The Neerja actress was spotted in a no-make look and was dressed comfortably in a solid white baggy and cropped shirt paired with black palazzos. Rhea was sporting a denim shirt over a black dress.

Sonam made her debut at Cannes in the year 2011 as the brand ambassador of the cosmetic brand L’Oreal and since then she has regularly been a part of the event. The festival which started on May 17,  will have Sonam attending it on May 21 and May 22.

Well, after Deepika and Aishwarya’s flawless appearances, it is Sonam’s look that we are looking forward to. But talking to PTI, Sonam had said that she hasn’t prepared much for this year.

She was quoted saying, “This year, since we are busy doing so many other things, I have not prepared much for Cannes. Usually, my sister Rhea styles me and she is busy making the film Veere Di Wedding. I was busy shooting for two films and promoting our fashion brand Rheson.”

Whatever it is, but we still expect the best from the national award winning actress, Sonam Kapoor!