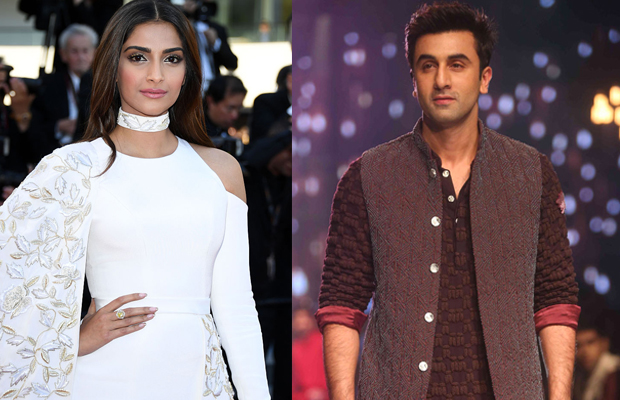 Sonam Kapoor will be sharing screen space with Ranbir Kapoor after 10 years with Sanjay Dutts biopic.

Earlier Sonam and Ranbir had acted together in their debut film ‘Saawariya‘.

The talented actress will have a cameo with Ranbir Kapoor, who is portraying the character of Sanjay Dutt in the biopic.

The biopic based on the life of Sanjay Dutt is helmed by ace director Rajkumar Hirani.

Ranbir Kapoor who will be seen as onscreen Sanjay Dutt will have to really buckle up, as he would have to go undergo complete transformation for playing the role of Sanjay Dutt.

As he will have to learn everything about Sanjay Dutt right from his walking style to the way he speaks, the way he thinks, in order to emote him onscreen.

Ranbir Kapoor will start shooting for the film in 2017.