B-town’s most ageless actor and the Slumdog Millionaire star, Anil Kapoor will blow the candles for his 60th birthday today and his children have made his day more joyful for wishing him wholeheartedly. Daughter and Bollywood actress Sonam Kapoor‘s birthday wish to her dad will make you go awestruck.

Here’s what Sonam did.

Sonam Kapoor took to Instagram and posted an old picture of herself with father Anil Kapoor and captioned it, “My father gave me the greatest gift anyone could give another person, he believed in me. – Jim Valvano Happy happy birthday daddy! I’m so proud to be your daughter. I hope I make you proud everyday.. love you lots! @anilskapoor.” 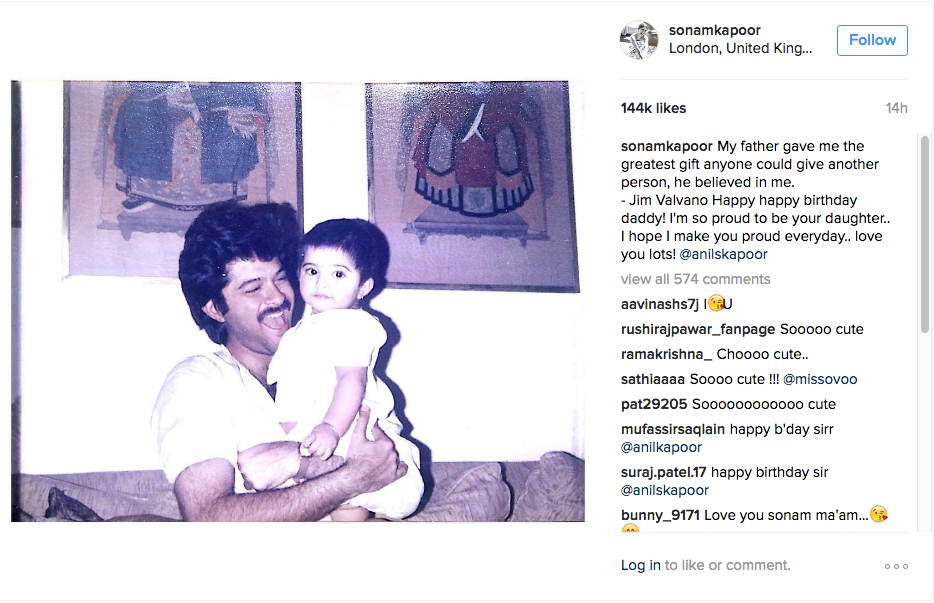 Well! That’s not the only wishes that poured into Anil Kapoor‘s heart, Son Harshvardhan Kapoor too posted on social media Twitter and wished his father quoting, ““Happy 60th birthday dad. Father, husband, actor & more. You make it look so simple. Have a great day! #Respect @AnilKapoor.” 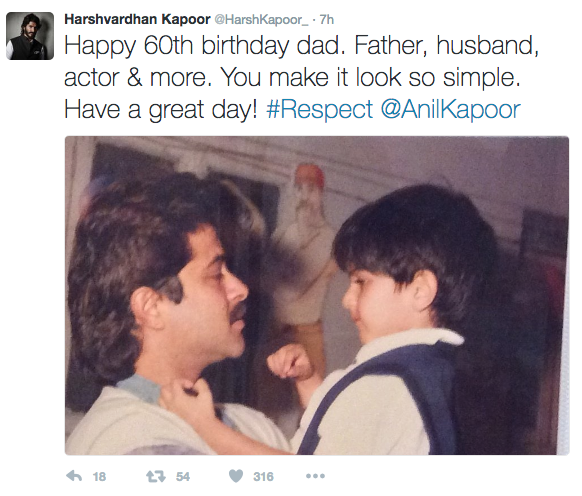 Many wishes coming from fans and friends, children bringing in moments of pride and joy and a healthy life, what else would Anil Kapoor even ask for his 60th Birthday.

The actor who is now 60 is very popular for films like Mr. India, Tezaab, Slumdog Millionaire and much more.