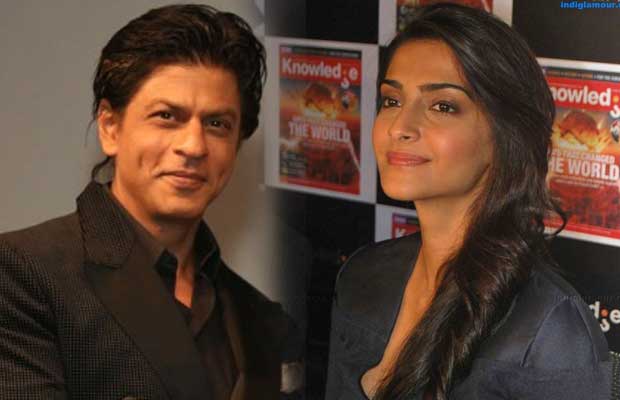 [tps_footer]Sonam Kapoor is on cloud nine not only for the success of the film ‘Prem Ratan Dhan Payo’ but also for her upcoming film ‘Neerja’. Sonam will soon be seen in the film ‘Neerja’ which is a biopic. The much awaited film is in news since its inception for its concept and plot. ‘Neerja’ is a biopic on flight attendant Neerja Bhanot. The film will explore the incident of the plane hijack of the PanAm flight where Neerja Bhanot sacrificed her life to save the passengers in 1986.

The highly talented actress Sonam seems to be on an experimental mode, as the star has many times confessed that she does not want to stick to just one genre. Sonam will surely fix another feather on her career hat with this upcoming biopic. The hardworking actress is not taking the film lightly but is preparing day and night to achieve perfection for fitting into the shoes of Neerja Bhanot. Many reports also suggest that Sonam Kapoor is trying to gauge Neerja’s mannerisms and gestures in order to look realistic.

Well, Neerja’s trailer is all set to hit the audience in a grand way with the release of the film ‘Dilwale’ and that’s the reason why Sonam is thanking King Khan. The trailer of the biopic is going to be attached to Rohit Shetty’s film ‘Dilwale’ which releases on December 18th, 2015.

Gorgeous diva Sonam Kapoor took to the micro blogging site Twitter to announce the same saying, “Thank you @iamsrk & @RedChilliesEnt for giving the film #Neerja this platform! Catch the trailer of #Neerja with #Dilwale on 18th December!”

It’s surely a double for all the fans. Sonam’s ‘Neerja’ trailer is already much awaited while, Shah Rukh Khan starrer film ‘Dilwale’ is one the most anticipated films of the year, this is surely going to be a great combo.