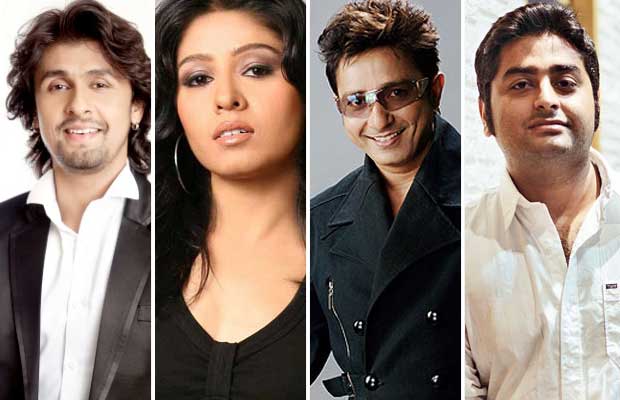 [tps_footer]Omung Kumar’s much awaited biopic ‘Sarbjit’ has garnered much attention for its hard-hitting story line, powerful trailer and melodious music. Ever since the makers have released their entire music album, the makers have been receiving immense appreciation from everyone across the board. With a versatile music album consisting of a varied range of soundtracks, the album has songs sung by some of the top singers of Bollywood like Sonu Nigam, Sunidhi Chauhan, Sukhwinder Singh, Arijit Singh and many more.

It isn’t a hidden fact that Sarbjit Singh’s story was one of the most talked about issue in the nation and media during his life struggle. He was a fallen prey of mistaken identity and was kept away from his family for 23 years. As a mark of tribute to this innocent farmer, the singers of Sarbjit did an exceptional gesture by charging no fee to the makers. A source from the production confirmed saying that “Singers like Sonu Nigam, Sunidhi Chauhan, Sukhwinder Singh, and Arijit Singh who have given their melodious voice for the movie have sung for their love for the subject of the film. All the singers who are currently at the top in the music industry took this decision with their own will and love. We are grateful to them for their sweet gesture”.

Sharing about it, the melodious singer Sonu Nigam said, “I sang for Sarabjit due to the love I have for the entire team and the topic. Bhushan Kumar, Sandeep Singh and Jeet Gannguli are like my family. I have just gotten to know Omumg through the song recording, but the entire team is ike my extended family. Monies are secondary”

Sunidhi Chauhan‘s quote : you know I had left with such a good feeling after recording this song that later I didn’t feel like talking about money, and that’s it. You get that kind of feeling only some times. Plus it’s the least I can do for the suffering of so many who get trapped and jailed out of ignorance the world over. May the film bring the issue forward for all to see and raise the right questions.

That’s not all! Young and talented music composers like Amaal Malik, Shreyas Puranik and Arijit Singh have also gone ahead on their social media platform praising the amazing sound tracks the film consist of and have also urged their fans to share this brilliant masterpiece album. —