Is Sonu Nigam a not so good role model after this?

One supportive and the other one? Delightful.

There were sounds of Azaan in the air and he got up because of that. So the singer got really upset with it and took it to twitter and wrote a lot about it. He tweeted: ‘God bless everyone. I’m not a Muslim and I have to be woken up by the Azaan in the morning. When will this forced religiousness end in India.’

The singer then went on the comparison. He said, ‘And by the way Mohammed did not have electricity when he made Islam.. Why do I have to have this cacophony after Edison?’

He had a very bad morning it seems, as he just couldn’t stop tweeting, ‘I don’t believe in any temple or gurudwara using electricity to wake up people who don’t follow the religion. Why then..? Honest? True?’ Later he also tweeted saying, ‘Gundagardi hai buss.’

The singer has officially called religious practices in our country as some threatening practices. ‘Gundagardi’ is the word for it. After seeing all this, actor-filmmaker Pooja Bhatt had something for Sonu Nigam. 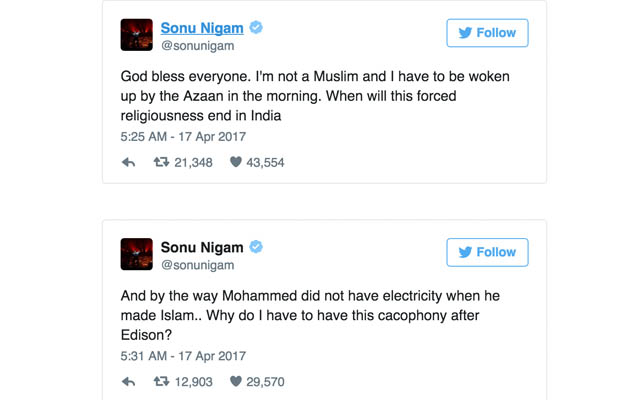 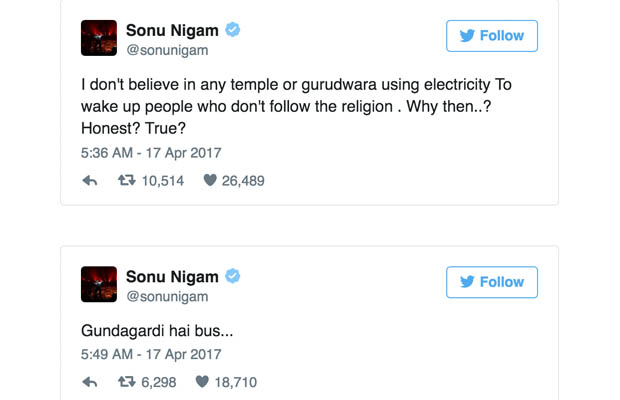 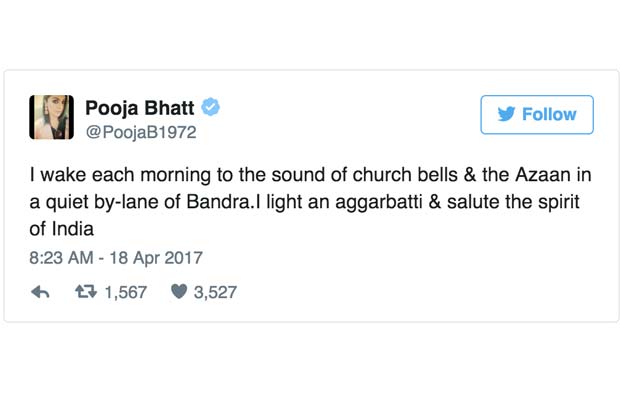 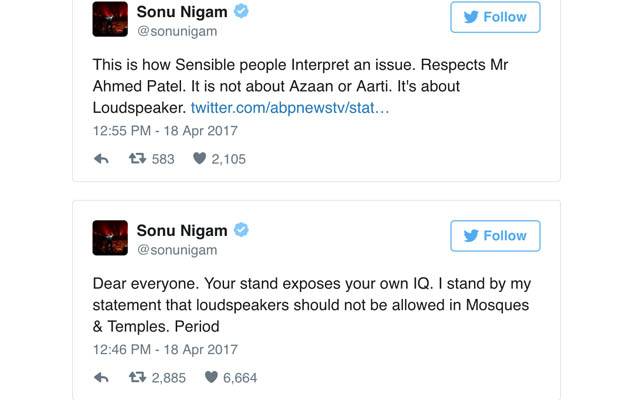 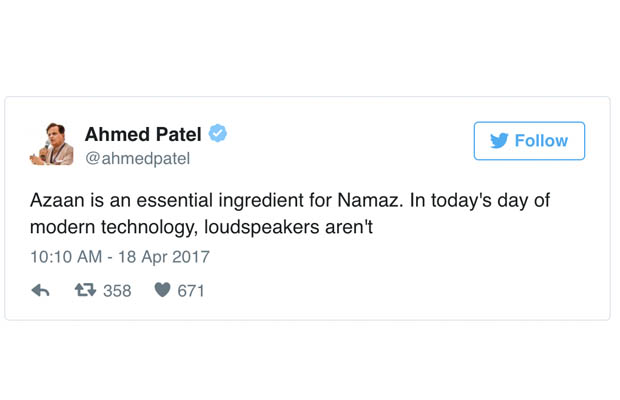 She tweeted, ‘I wake each morning to the sound of church bells & the Azaan in a quiet by-lane of Bandra. I light an aggarbatti & salute the spirit of India.’ Now is that a scoff to Sonu Nigam? Yeah! It’s just crystal clear.

We have two different views on our religiousness, religiousness for which we are known in the entire world. And there drops one more, who has to speak about this.

Apurva Asrani tweeted in support of Sonu Nigam saying, ‘Don’t want to hear the Azaan at dawn, nor do I want to hear a Chikni Chameli tuned Ganesh Aarti at dusk. Ban ALL loudspeaking of religion.’

This issue is going to take up more fire because he is still being trolled on twitter by fans about this kind of an attitude towards something that India is known for. We breathe the aroma of aggarbattis to live and such are the things our renowned public figures have to say. Such uniqueness much Wow!

Sonu Nigam today clarified that he was criticising the use of loudspeakers in issuing it. Responding to support from Gujarat MP and Congress leader Ahmed Patel, Nigam tweeted, “This is how Sensible people Interpret an issue. Respect Mr Ahmed Patel. It is not about Azaan or Aarti. It’s about Loudspeaker.”