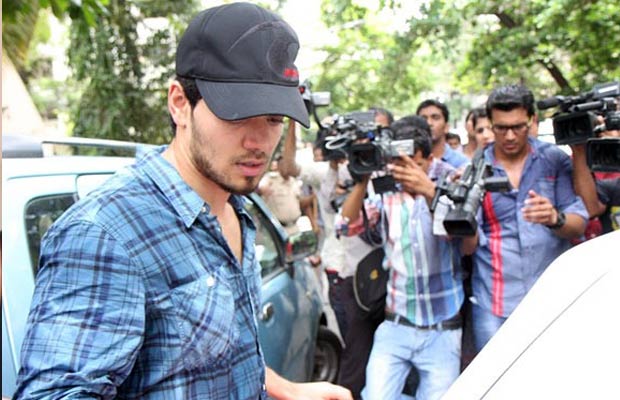 [tps_footer]It’s weird! Actors love being in the limelight and becoming the centre of the news so why do they hide or run away seeing media cameras all around them? So if you come across a star suddenly at an event or a restaurant won’t you pose for a selfie? It’s so normal. But, we wonder what’s wrong with Sooraj Pancholi?

Recently, it was reported that he was spotted on the street and when he noticed that he is being clicked, Sooraj ran like Milkha. Why did he choose to be an actor, if he is so much into sports especially ‘running.’ This time, once again Sooraj was seen enjoying and having a good time with some of his friends but when he got to know that media is waiting for him outside to interact with him, he just got inside his car and left. Yes, he just left without even taking his friends along who tried to get in the same car with him.

Reportedly, it’s said there were two girls with him and Sooraj rushed to leave that place at once so he missed out on taking his friends with him. Poor girls took a U-turn and tried hiding from the shutterbugs and they went away. Sooraj Pancholi started his career under Salman Khan Productions Hero but he is proving to be the opposite of what was shown in the movie. Honestly, which Hero will run away like this ? We have never seen Salman Khan running away from any situation, Sooraj needs some coaching from his mentor on facing the media.

Is he shy or guilty about something that Sooraj is constantly running away from ?[/tps_footer]