While these two students seemed to have a great time, Karan Johar’s other student Varun Dhawan was spotted at the airport. He was back from London after wrapping the shooting of Judwaa 2. He was with his mother Karuna Dhawan. Varun got protective of his mother when the paparazzi started crowding her way.

Sonakshi Sinha was also spotted at the airport in a cool casual outfit. She wore a white T-shirt with blue jeans and a blue denim jacket around her waist. Her outfit looked was paired with white shoes and cat eye sunglasses.

Sanjay Dutt was clicked having a pleasant time with his family. He was vacationing with his wife Manyata and his twins Shahraan and Iqra. Sanjay Dutt finished shooting for the film Bhoomi with Aditi Rao Hydari who will be playing her daughter in the film.

A biopic will be directed by Rajkumr Hirani in which Ranbir Kapoor will be Playing Sanjay Dutt and will feature Sonam Kapoor, Dia Mirza and Anushka Sharma. 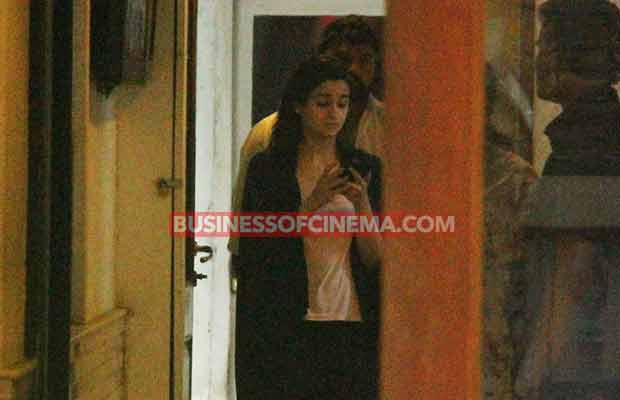