Bollywood’s most versatile and gorgeous actress Karisma Kapoor, who was recently spotted partying with sister Kareena Kapoor Khan and BBF Amrita Arora, was reportedly spotted on a dinner date with rumoured boyfriend and businessman, Sandeep Toshniwal outside a Chinese restaurant in BKC on Sunday night.

After a long divorce battle, finally, Bollywood actress Karisma Kapoor and her Delhi-based businessman husband Sunjay Kapur officially divorced last month. The two officially parted their ways after 11 years of their marriage. It looks like, Karisma has finally come out of her failed marriage and has given a new start to her life. 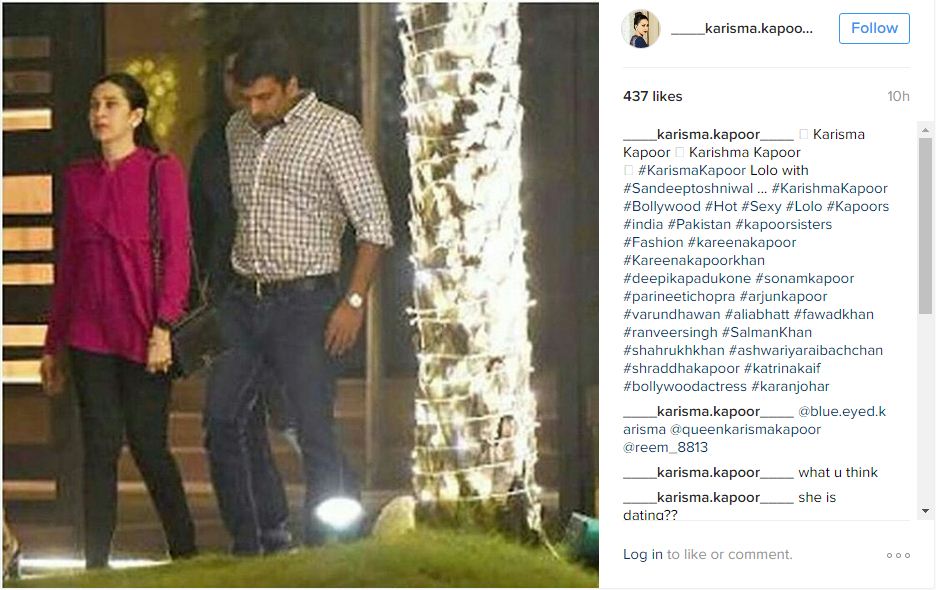 Last year, Karisma Kapoor and Sunjay Kapur‘s 11-year-long marriage was battling in the court and with legal proceedings and since that Sandeep and Karisma’s love has been floating around. It is labeled that the duo is happy together and the relationship between the two is growing stronger by each passing day. With time and again the actress has always denied the reports of her relationship with Sandeep, but this photos speaks a different story.