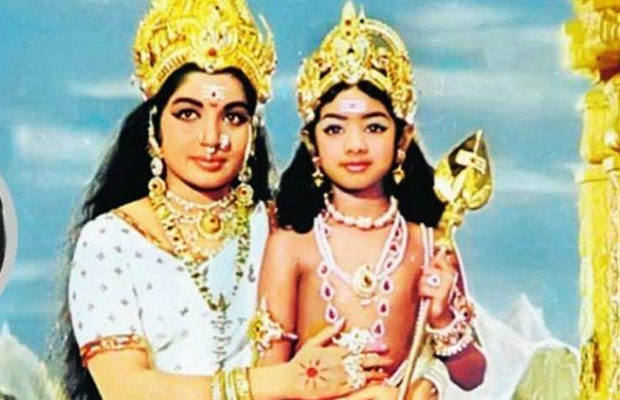 Many stars and celebrities have paid homage to Jayalalithaa. Recently, actress Sridevi posted a picture of her with Jayalalithaa from the film “Aathi Parashakti” where Jayalalithaa plays the lead role of Goddess Shakti and Sridevi, then the child artist appeared as the Lord Murugan. 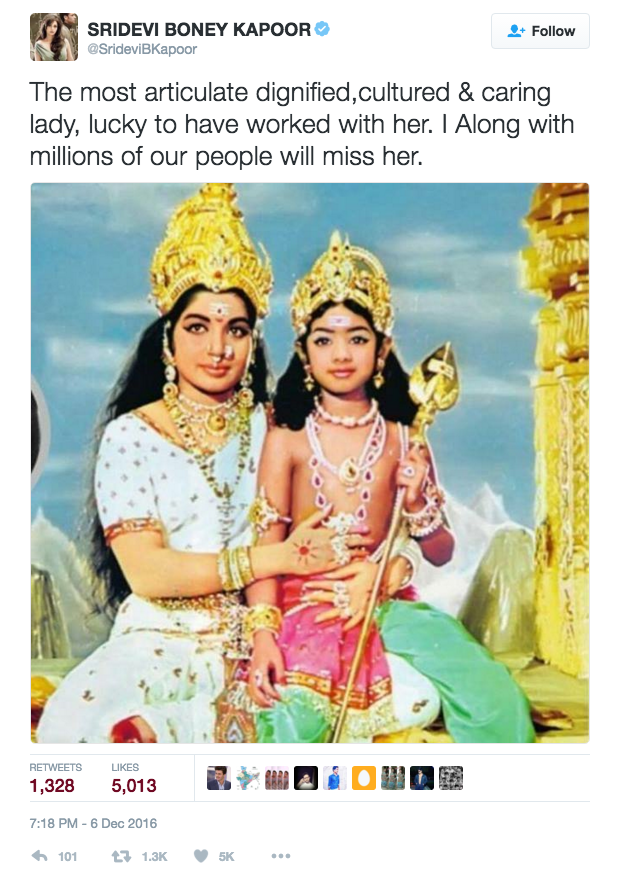 A day earlier to that picture, she had tweeted, “ A great leader who drew huge respect, love, adulation & worshiped by millions of followers, the country will surely miss Jayalalithaa Amma. RIP”. 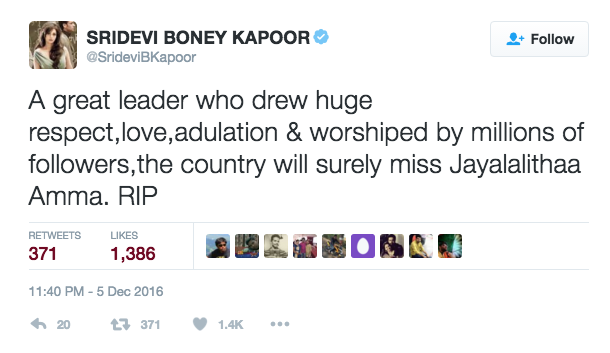 Jayalalithaa, who was an actress earlier starred in nearly 140 films in her career by being one of the leading actresses of her time. Sridevi, who had just started her career then came into Bollywood films and appeared with Jayalalithaa in just one film.

Succeeded by O Panneerselvam as the new Chief Minister of Tamil nadu, Amma Jayalalithaa died in Chennai at Apollo hospital on 5th December after a cardiac arrest and prolonged illness since September. She was 68. After leaving the film industry, she joined politics and is highly praised for her absolute contribution in shaping Tamil Nadu’s economy and policies.