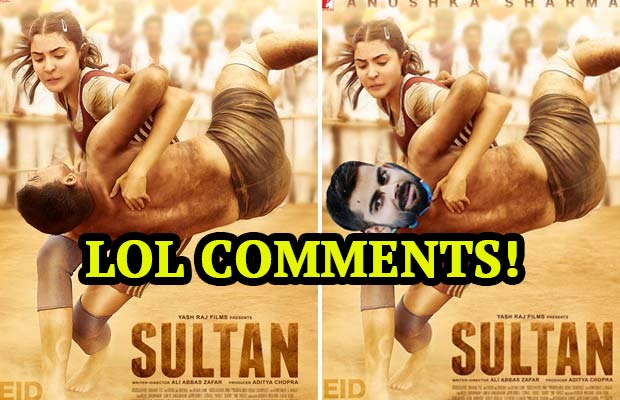 [tps_footer]The makers of the film ‘Sultan‘ treated us with a never seen intense avatar of Salman Khan from the film. Finally, here comes the new poster of the film featuring Anushka Sharma in an action mode as a wrestler. Going by the poster look, Anushka Sharma, who will also be seen in an intense look like Salman, seems, is nowhere behind to give a tough competition to Salman Khan.

This morning, Anushka Sharma shared the poster of the film with a caption, “Here’s presenting #AARFA @SultanTheMovie”

Moreover anything, it seems the actress has given her best to play the part to perfection and is really amazing. Now we can hardly wait to see Anushka in such tough and rough look with Salman in Sultan. Though the film is majorly based on Salman Khan, who will be seen as a Haryanvi wrestler in the film, Anushka’s role is prominent too.

Well, coming back to the poster of the film featuring Anushka, soon after the poster was unveiled by the actress, it’s been trending on the second number with fans going gaga over the actress’s look. Yes, #AARFA is trending on twitter and that’s just within few minutes of release.

Here’s what fans have to say about the new look of Anushka: 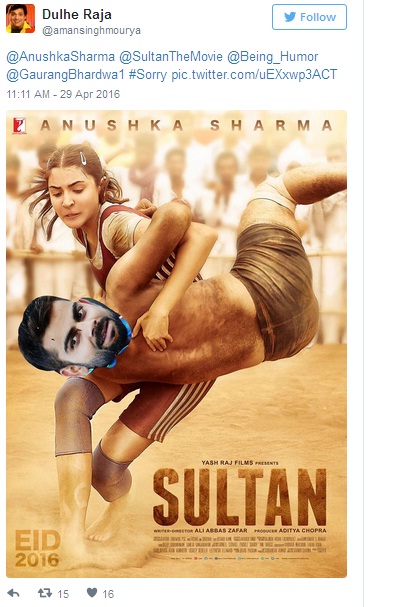 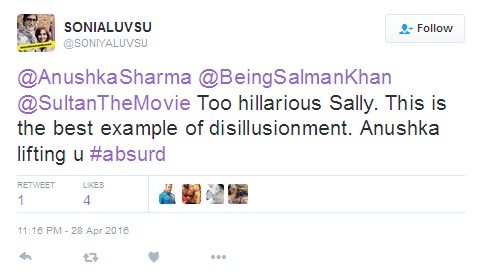 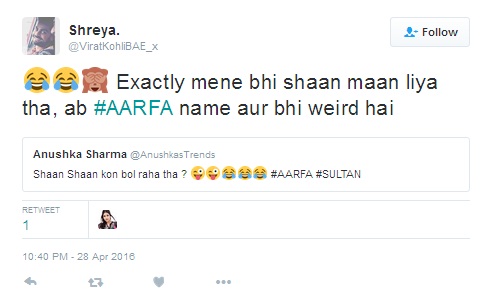 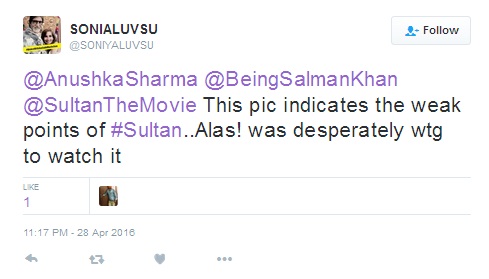 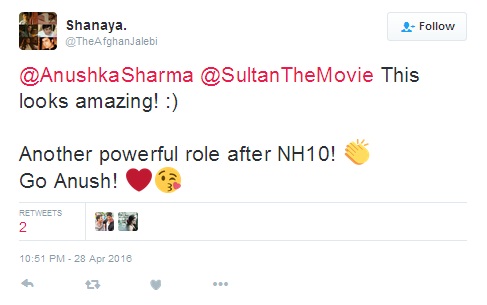