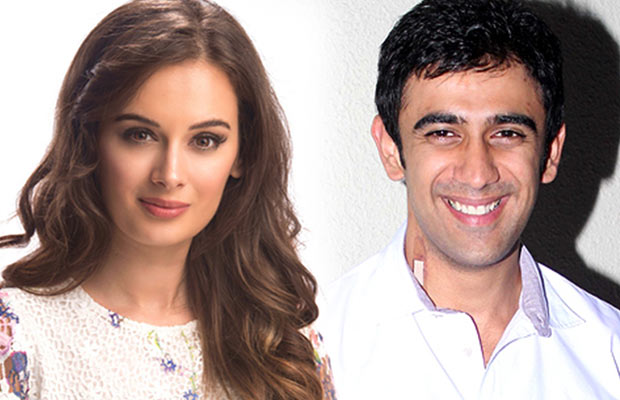 [tps_footer]Amit Sadh is riding high on the success of his latest film, Salman Khan‘s Sultan. The film is performing extraordinarily at the worldwide box office and has already become the highest grosser of the year.

Through recently leaked pictures we know that Amit Sadh who was first seen in Kai Po Che will now be seen in his next film opposite Yeh Jawaani Hai Deewani starlet Evelyn Sharma.The film, which is meant to be a fun ride, explores the spirit of the modern couple. After winning heart with films like Main Tera Hero and Yaariyan, Evelyn is yet again all set to shine in a comic role.

According to sources “It’s a relationship drama. And Evelyn is very excited as she is playing a very cute and bubbly character, just like herself. She has been shooting for it for about a year and finally it’s coming to an end.”

The Indo-German actress, who has earned her stripes by proofing herself in every film she has done looks promising for her upcoming film. Amit Sadh who is known for being an outstanding actor takes every chance to learn more. He recently returned from his acting course in Los Angeles and besides starring opposite Evelyn will be seen in Akira alongside Sonakshi Sinha and in Yaara with Irrfan Khan and Shruti Haasan.[/tps_footer]