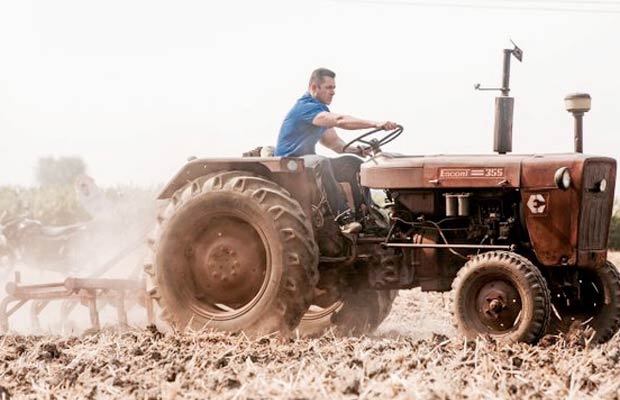 [tps_footer]After having made the news for being this year’s highest ‘advance tax’ payer, the ‘Bhai’ of Bollywood is all set to set his fan’s heart’s on fire again. After having given us massive entertainers like ‘Prem Ratan Dhan Paayo’ and ‘Bajrangi Bhaijaan’ last year, his next film ‘Sultan’ is all set to hit screens in July this year and has already made headlines. Be it for the power-packed first look of the movie or the trailer of the film, there is no doubt that the film has generated a lot of interest among audiences and critics alike.

Today being the last of the film’s shoot, director Ali Abbas Zafar took to Twitter to share a picture of Salman Khan as a way to commemorate the end of a journey. In the picture Khan is seen riding a tractor in an unusual attire of a blue shirt. Not only does he make tractor riding seem like a very easy task, he also seems to be letting his masculine and raw side run amok in the fields. Anushka Sharma who plays ‘Aarfa’ in the movie was also seen riding a tractor in a previously released still from the movie. The team apparently had a lot of fun shooting between Punjab and Haryana for over three months and seemed to have bonded very well.

Initially set to clash with SRK’s ‘Raees’, the film will now be releasing on Eid of 2016. Directed by Yash Raj Film, the movie will see both Salman and Anushka Sharma in key roles essaying the characters of wrestlers. The movie also has Amit Sadh and Randeep Hooda in crucial roles.[/tps_footer]