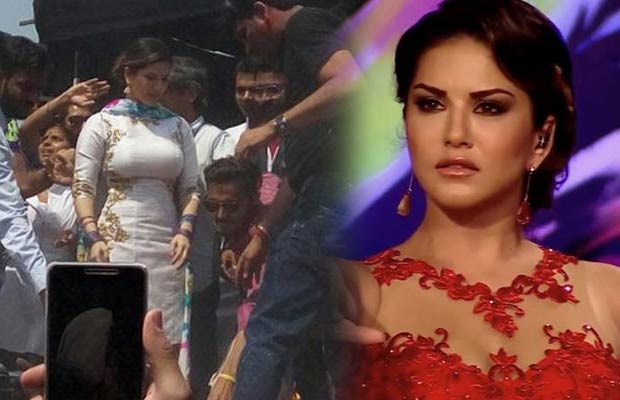 [tps_footer]As earlier we reported, Bollywood actress Sunny Leone‘s name was involved for slapping a journalist after he questioned her how much she charges for night performances. A day after Holi, reports started doing rounds that Sunny Leone slapped a journalist at a five-star hotel in Gujarat after he asked her an inappropriate question.

The incident allegedly happened in Surat at a Holi event where the actress was invited as a guest. Reports also quoted Sunny Leone’s husband Daniel Weber saying that Sunny Leone has given an apt reply and that they will not file any police complaints. Reports also quoted Daniel saying that Sunny will think a thousand times before coming to Gujarat.

However, now Sunny Leone has slammed the rumours and the quote of Daniel that was reported by a leading tabloid. The Ragini MMS2 actress took to her twitter handle to reply on the slap gate episode. She replied, “hahaha what lies….” 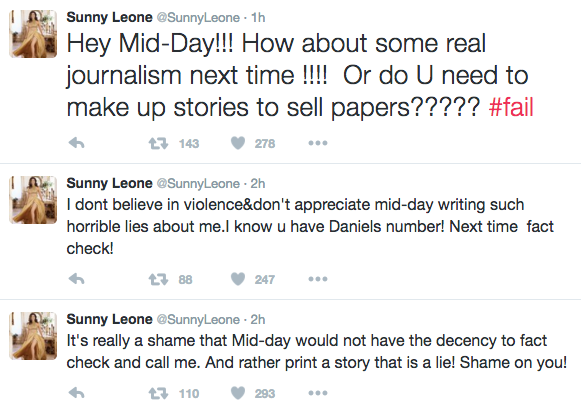 On the other hand, even Daniel trashed all the reports saying that there is no truth on this incident and that his quote is a complete lie.

With two sides of one coin, we wonder whom to believe! Also, can we say this is a gimmick for the promotions of her upcoming film One Night Stand? Well, time will tell better!

On the work front, Sunny Leone is currently grabbing all the attention on the recently released first look of her upcoming film One Night Stand, which is directed by Jasmine D’Souza. One Night Stand will hit the screens on April 22, 2016.[/tps_footer]