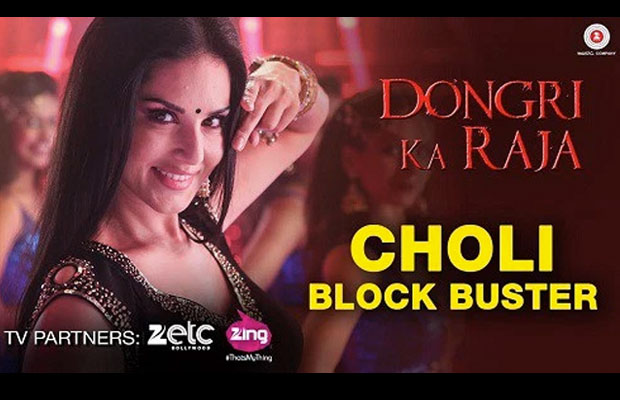 Madhuri Dixit’s iconic song, ‘Choli ke peeche kya hai‘ from the movie ‘Khalnayak‘, was one of the hits songs then. And guess what? The song has been recreated, this time with Sunny Leone for upcoming film Dongri Ka Raja, starring Ronit Roy, Ashmit Patel, Gashmeer Mahajani and Reecha Sinha. As per media reports, the producers of the film have spent whopping amount for the item song titled ‘Blockbuster Choli’.

Yes, the song cost Rs. 40 lakhs to the producers and the makers of the film are not ready to cut even a single shot of the dance number over the censor board demand. Reportedly, producers of the film are very much stiff and clear with their decision and had requested Censor Board to not cut even a single scene from the song, as the song is the highlight of the film. The CBFC agreed to do that and the film has been passed with “A” certificate for the release.

Dongri Ka Raja, which is releasing on November 11, marks the debut of Gashmeer Mahajani and Reechan Sinha. The film is a passionate story about how true love triumphs against all odds. The film is set against the backdrop of the underworld.