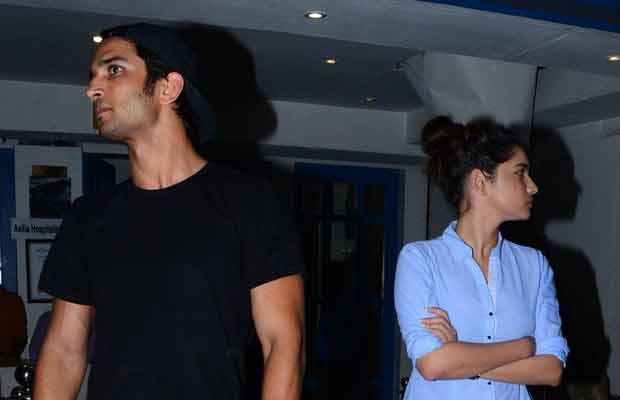 What? Former couple Sushant Singh Rajput and Ankita Lokhande are getting back together?

Bollywood actor Sushant Singh Rajput, who has geared up for the release of his upcoming film Raabta, is quite a newsmaker these days. Apart from being in the news for his upcoming film, the actor is taking the spotlight in the media glare for his personal life a tad bit more. Ever since he has broken up with his ex-girlfriend Ankita Lokhande after a long relationship, Sushant is being linked up with his Raabta co-star Kriti Sanon.

However, the latest news about the actor’s life might leave many Ankita and Sushant Singh Rajput fans happy. According to a tabloid, Mumbai Mirror, Sushant and Ankita were spotted having coffee at a hangout place in Lokhandwala. Now, this has left us curious to know if the two are sorting out things to get back together or if it was just a casual meet. Are you up for the guesses?

Last year, Sushant Singh Rajput and Ankita Lokhande’s breakup news came as a shock for fans as well as for media. Especially since the duo had publicly announced that they were going to tie the knot soon. Soon several reports about their break up started doing rounds. Some stated that Sushant’s closeness with Kriti Sanon was the reason behind their break up. Sorts of reports also suggested that Ankita’s possessive nature led to the ugly breakup. However, the real reason is yet not known.

Sushant had confirmed his break-up last year with an angry tweet that read, “Neither she was an alcoholic nor I am a womanizer. People do Grow apart & it’s unfortunate. Period!!”

There were many times when Sushant spoke about his difficult phase post the breakup but never reasoned behind it. We hope all’s well again between the ‘Pavitra Rishta’ couple.

Meanwhile, Sushant is seen promoting Raabta with Kriti Sanon while Ankita is seen in a happy space and is spending more of time with her friends from the telly industry.