The actor got inked for his mother who died when he was just 16 years old. Sushant Singh took Instagram to show the love between him and his late mother. The tattoo displays the five fundamental elements of the universe including a mother and a child.

Sushant Singh posted two pictures where he captioned the first one as “Inked for life. 5 Elements and my mother and me. @sameer_patange_art #kraayonztattoostudios. As Long as you were I was In your memories I come alive Like a shadow But just a flicker Time doesn’t move here It’s beautiful It’s forever…”

For the second tattoo he captioned, First tattoo #Five elements #Mother and me”.

Sushant was last seen as Dhoni in M.S.Dhoni: The Untold Story which is the second highest grosser of 2016 after Salman Khan‘s Sultan. M.S. Dhoni is a biopic on one of India’s most successful captain and the current captain of Indian cricket team, Mahendra Singh Dhoni. Sushant Singh has highly given resemblance to Dhoni and proved his acting skills. The movie marks a successful Bollywood career in Sushant‘s life. 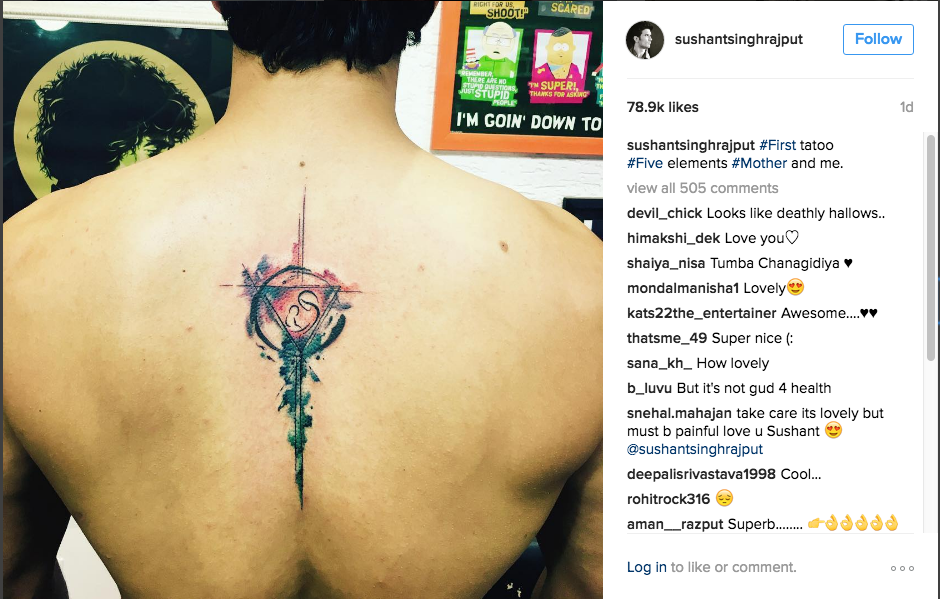