After the unfortunate attack on Padmavati director Sanjay Leela Bhansali by Rajput organisation, the film industry and celebrities have taken stand for the director and film. Here’s a celebrity who has done something really different to show his support. Who is it?

Well, Sushant Singh Rajput, who himself is a Rajput dropped his surname on Twitter to show his protest against the activists of rajput organisation Shree Rajput Karni Sena that vandalised the Padmavati set.

When the actor was asked about why he did that, this is what he had to say about his stance, “I did it to show that the unfortunate action is not what everyone with that surname endorses. They do not represent the entire Rajputs. There are ways to express your ideas, but violence is never an answer, and that too just on a mere speculation.”

The incident on the set occurred on Friday in Jaipur. The attackers and activists damaged the cameras and other equipments as they opposed what they called distortion of historical facts in the film that is about Alauddin Khilji, the medieval-era Delhi ruler, who fell in love with Rajput queen Padmavati.

The entire industry expressed their thoughts over this act and Sushant expressed it in his own way saying, “We would suffer till the time we’re obsessed with our surnames. If you’re that courageous, give us your first name to acknowledge. Padmavati,” 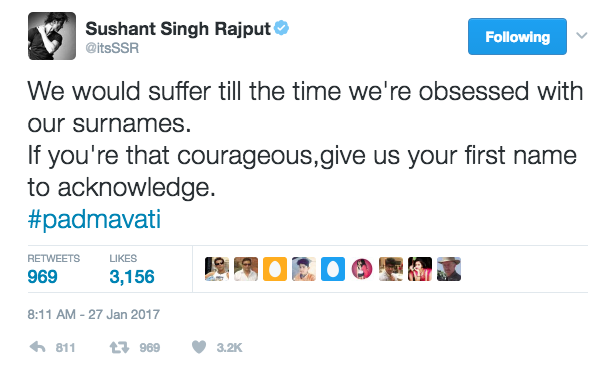 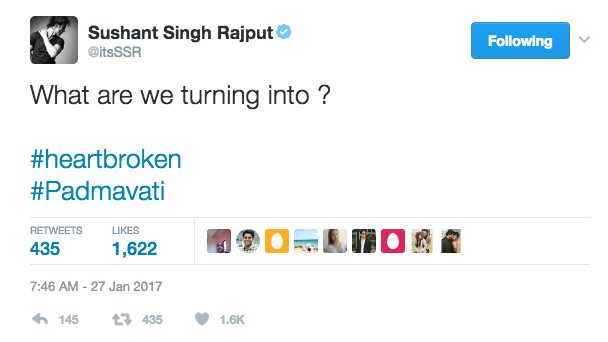 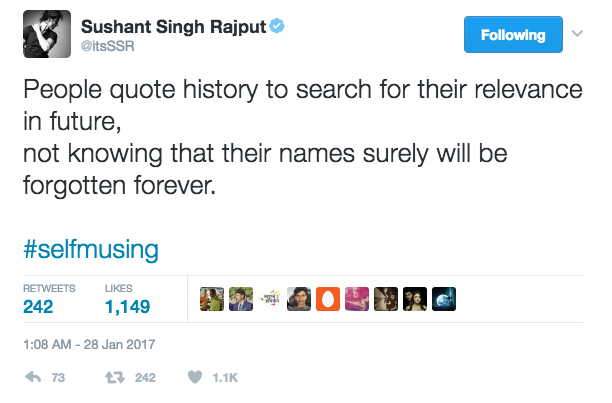 He also wrote, “There is no religion or cast bigger than humanity. And love and compassion makes us human. Any other division is done for selfish gains.”

When a Twitter user asked him that why didn’t he change his name too if he doesn’t follow any religion. Why does he have a hindu name when he doesn’t follow a religion, Sushant took onto to the comment and wrote, “”I’ve not changed my surname idiot. I’m probably 10 times more Rajput than you are if you’re implying courage. I’m against the cowardly action.” 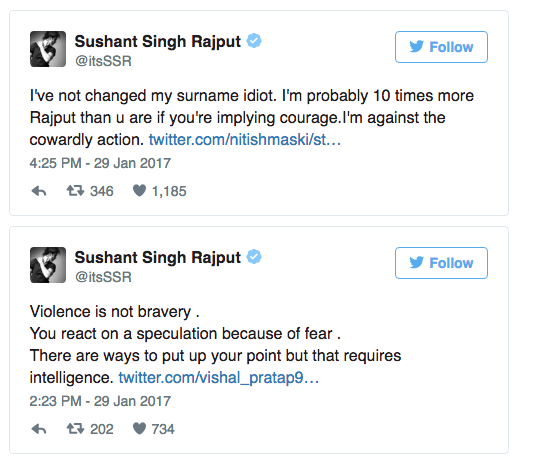 “Padmavati” features actors Ranveer Singh, Deepika Padukone and Shahid Kapoor in the lead. The film’s shooting has stopped for now after what trauma the film has faced.