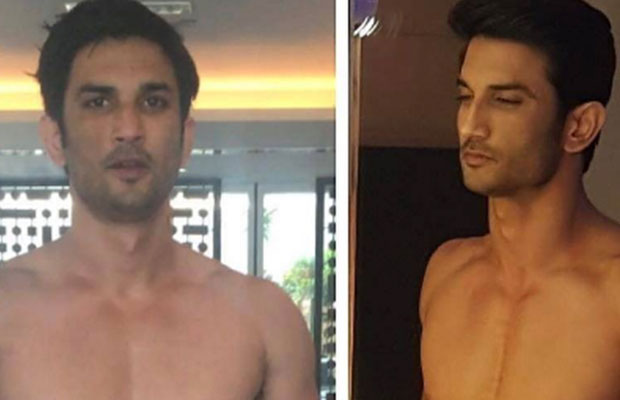 8 Weeks, 8 Pack Abs! Yes, this is what Bollywood actor Sushant Singh Rajput’s transformation shouts. Sushant Singh Rajput has been under the limelight for his personal as well as professional reasons. Now his drastic transformation has grabbed all the attention. The television star, who made his big debut with Kai Po Che, has become one of the hottest actors of the industry.

Well, it has not been easy for the actor to get those 8 pack abs in just 8 weeks. The actor has followed strict commitment that moved him into action for daily workout. Sushant Singh Rajput almost got trained insanely for daily 2 hours with only 5 hours sleep. Besides, 14-15 hours long hectic shooting schedules and rehearsals for IPL, kept him moving. We wonder how!

If this won’t give you fitness goals then we wonder what would. So go ahead and check out amazing transformation of the show. He is surely leaving all girls to go weak on knees.

#Repost @sushantsinghrajput with @repostapp ・・・ 4 weeks transformation after the injury. MMA + Calisthenics @sam.fitt The Thin line between insanity and dedication is called COMMITMENT, what @sushantsinghrajput is best known for.. This is only the beginning ? #fitnessmotivation #mma #calesthenics #athletictraining #sushantsinghrajput #vision #dedicated #fitlife #focused #inspirational #mindset #keepgoing

He is no more the chocolate next door boy but has become the hottest B-town celebrity.

We all need three Important things to achieve what we desire in life – Discipline, hard work and, before everything, commitment. It was Sushant’s character that got him of bed at 5 am in the morning, his commitment that moved us into action for our daily workout, discipline that enabled him to follow through a fit and healthy lifestyle. Sleep for 5 hours, train insane for 2 hours, Long hectic 14-15 hours of shooting followed by IPL dance rehearsal for 2 hours. @sushantsinghrajput Followed his Passion, prepared himself to work hard and sacrificed his comfort zone because he doesn’t limit his dreams. @sushantsinghrajput Rocked with his performance at IPL 2017 Mumbai’s Opening Ceremony @sushantsinghrajput 8 week’s transformation #fitnessmotivation #fitlifestyle #dedicated #hardworking #doer #aesthetic #shredded #cleaneating #inspiration #bodylike #GreekGod #sushantsinghrajput #Enjoy #traininghim

Sushant Singh Rajput has lost all his excess flab and is now seen flaunting his 8 pack abs like a boss!

The actor is surely giving us major fitness goes and is truly an inspiration. So are you planning to join the gym now?

#Repost @sushantsinghrajput with @repostapp ・・・ There are no takeaways, Just, ‘in the moment’ . #selfmusing @sam.fitt Always do ur best. Your Best is going to change from moment to moment.. #bodybuilding #fitnessmotivation #fitlifestyle #aesthetic #shredded #calesthenics #crossfit #trainlikeabeast #finishingtouches

On the work front, after his last film, M.S Dhoni: The Untold Story, Sushant will next be seen in Raabta opposite Kriti Sanon followed by Drive opposite Jacqueline Fernandez.