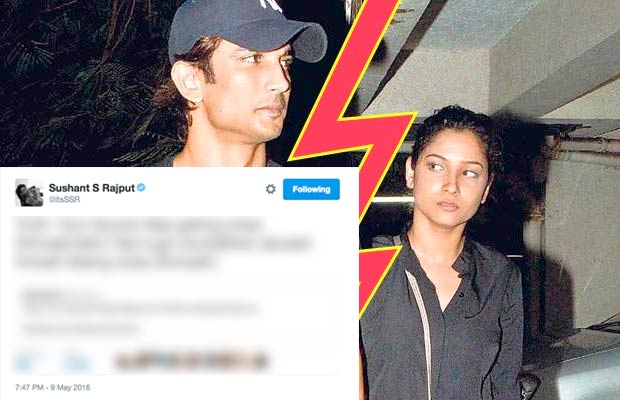 [tps_footer]As we all know, Bollywood actor Sushant Singh Rajput recently confirmed about his break up with Ankita Lokhande on twitter. The actor had tweeted, “Neither she was an alcoholic nor I am a womaniser. People do Grow apart & its unfortunate. Period!!”

According to latest reports, it was said that Ankita, who has drinking problem had created a scene at the party, as she was unhappy with Sushant Singh Rajput’s closeness with his female co-stars. Reports also suggest that the two went out of control and had a very ugly and crass fight.

Amid all these rumours and claims, Sushant Singh Rajput has come up with a bang on reply. The actor took to his twitter to tweet regarding the rumours on how drunk Ankita abused the actor and so on. He tweeted, “Truth -Your Source Was getting close 2himself,didn’t like it,got drunk&then abused himself 4being close 2himself:) 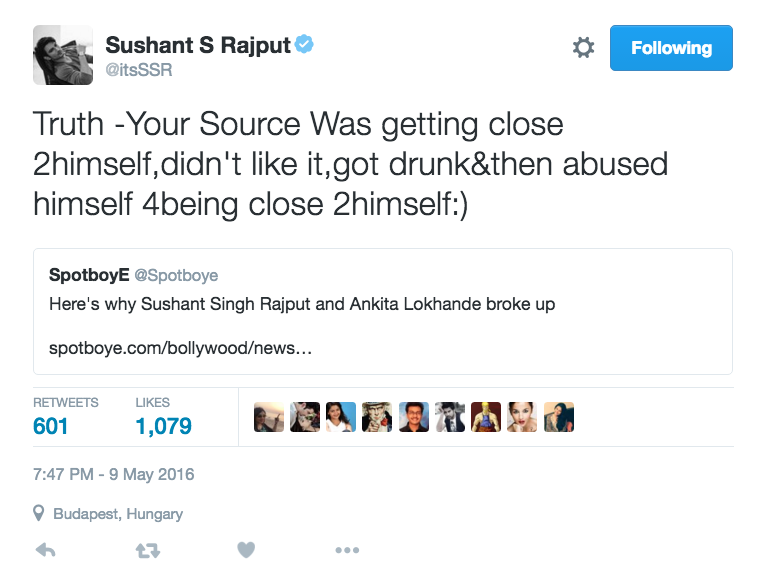 Well, the two, who are in a live-in relationship since a very long time, dated each other for six long years and were supposed to tie the knot by the end of this year. Ankita Lokhande and Sushant make an adorable pair but the things didn’t work out for the two after Ankita got possessive over Sushant Singh Rajput’s closeness with his female co-stars.[/tps_footer]