Bollywood actor Sushant Singh Rajput lost his mother when he was just a teenager. MS Dhoni: The Untold Story fame actor has a lot of times through his tweets and posts expressed how much he misses his mother.

Earlier he shared a handwritten letter which he had written for her and which read, “Do you remember? You promised you would be with me forever, and I promised that I would keep smiling no matter what. It seems we both were wrong, mother.” 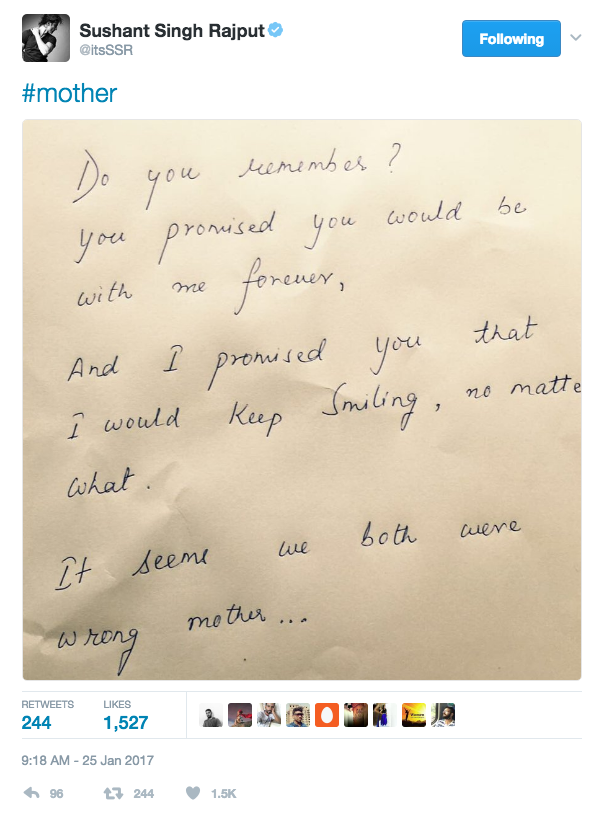 And once again, he shared a hand written letter which he had penned down for his mother. The letter will surely bring you to tears. It read, “As long as you were, I was. Now just in your memories, I come alive. Like a shadow. Just a flicker. Time doesn’t move here. It’s beautiful. It’s forever.” 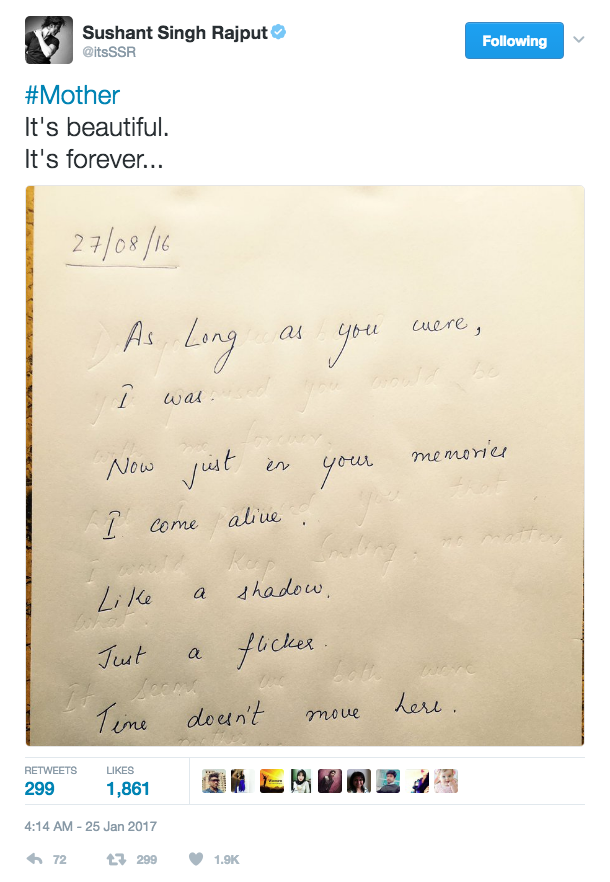 The 31-year-old actor missed his mother a lot. He had even inked a symbol that would keep his mother alive within him. In an interview to HT, Sushant spoke about the tatoo, “The tatoo is a symbolic representation of five elements. My mother and I are in the centre, implying it is a bond that not even time can defy. The five elements are widely accepted symbols. However, the idea of using my mother and me as elements was thought of by my sister and me.”

Talking about the work front, Sushant has completed his shooting for Dinesh Vijan’s Raabta with co-star Kriti Sanon. No doubt, the actor delivered one of the biggest hits of 2016 with MS Dhoni: The Untold Story, and after that he has been approached for a lot of projects but he has become quite calculative about the movies.

What are your views about the poems shared by the actor? Do tell us!