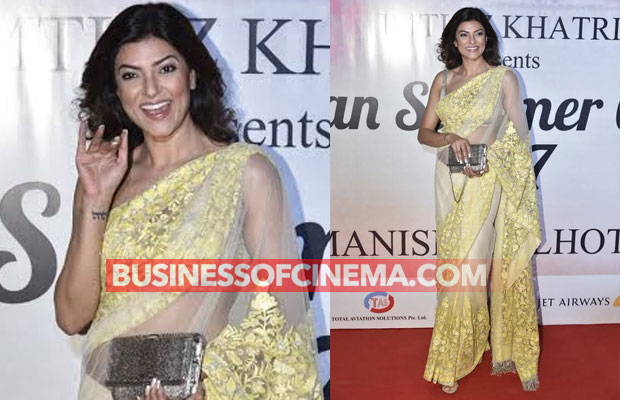 Sushmita Sen Finally Reveals Why Is She Single

Sushmita Sen was a pioneer in defining beauty and strength in India. She was crowned Miss Universe in 1994 and that was only the beginning of her journey wherein she went from strength to strength.

She became a role model for millions when she adopted her first daughter, Renee in 2000 when Sush was merely 25 years old. She became an inspiration of a lot of single working mothers. In 2010, once again she adopted another baby girl and named her Alisah.

On professional front, she has worked in several Bollywood movies and is doing extremely well for herself. In fact, a super proud moment for India was when she was a judge of the same contest 23 years after winning the ‘Miss Universe’ title in Philippines!! Even at the age of 41, she looks stunning as ever.

Despite her extremely successful professional and personal graph, she is haunted with the same question as any ordinary Indian woman, when is she going to get married? The question follows her wherever she goes, including her family and friends, inevitably end up asking her this question.

Sushmita Sen has finally decided to give a befitting reply to one and all.

She took to Twitter to share a gorgeous photo of herself with the caption giving her reason to be unmarried as of now.

“WHY STILL #SINGLE they ask??? WHY NOT? I answer ‘I AM’ secure in my choice and in being so, I can respect and appreciate another’s choice..whatever it may be!!! After all, “singles or doubles, we play to win” As for me, let’s just say, “I am yet to meet that SIRE, who loves to play with FIRE” #enoughsaid #mmuuaah”.

The actress has dated quite a few men including Vikram Bhatt and Randeep Hooda, but never found the man of her dreams to walk down the aisle with him – it is as simple as that!