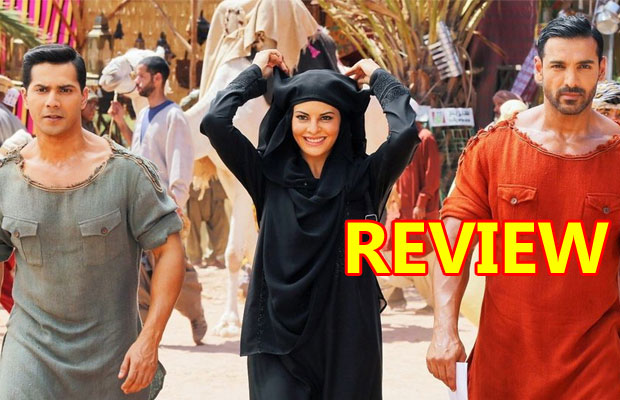 Junaid, the rookie cop with a badge who’s restricted to serving as the station chief’s errand boy gets a big break when Indian special task force representative Kabir is sent to someplace in the Middle East to track down a missing cricket player. Kabir picks Junaid as his local guide and driver but under Kabir’s mentorship, Junaid gradually becomes a vital part of the investigation.

When star Indian batsman Viraj (Saqib Saleem) gets kidnapped before a crucial final between India and Pakistan, Kabir is sent to the Middle East by the Indian Ministry of External Affairs. Kabir and Junaid’s investigations lead them to a socialite (Nargis Fakhri), a gay party boy (Akshay Kumar clearing having fun with the part) and wallet and phone thief Ishika (Jacqueline Fernandez). Ishika’s clues take them closest to Viraj’s captor, a hugely in debt bookie named Wagah played by Akshaye Khanna.

A chase through a dusty Middle Eastern market, an item number and timely footage from a dog collar help the new partners track down Viraj, but will they be able to outwit Wagah? While Junaid and Kabir might have a few tricks up their very tight sleeves, as actors Dhawan and Abraham are rather limited but play up to their images that will please their fans. Fernandez pulls out all the cutes from her small bag of tricks, but it’s Akshay Kumar and Akshaye Khanna who really stand out in this masala movie.

It’s fun spotting all the cameos too in Dishoom, including the many cricketers, commentators and a hilarious voiceover cameo by Satish Kaushik. Some elements are obviously borrowed from Hollywood films and the fraternal bromance a set up for a possible sequel to a film that spends more time on style than substance.