Taaha Shah, who was last seen in the Katrina Kaif starrer Baar Baar Dekho is all set for his next, Ranchi Diaries. Holding true to its name, the film is set in small town Ranchi and has aspirants in Taaha Shah, Soundarya and Himansh Kohli wanting to it make it big in their respective lives. Jimmy Shergill, Anupam Kher and Satish Kaushik also spearhead the cast.

From the latest teaser poster of the film it looks like Taaha’s character aspires to be a Godfather amongst his friends. As such, it would be interesting to see Taaha play this character as a breakaway from his earlier, chocolate boy roles in Luv Ka The End opposite Shraddha Kapoor and Karan Johar’s Gippy, where he played the essential, rich, anti-hero and heart breaker, respectively.

Commenting on the same, Taaha says ” Its too early to speak about the details of my character however, all I can say is that this role is something I have long waited for, its different from what i have done before and am totally excited about it” 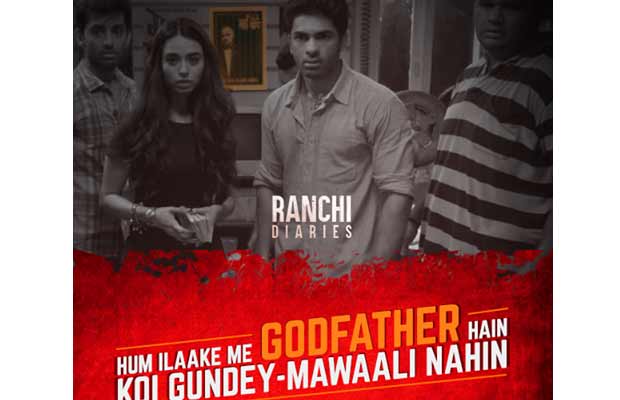