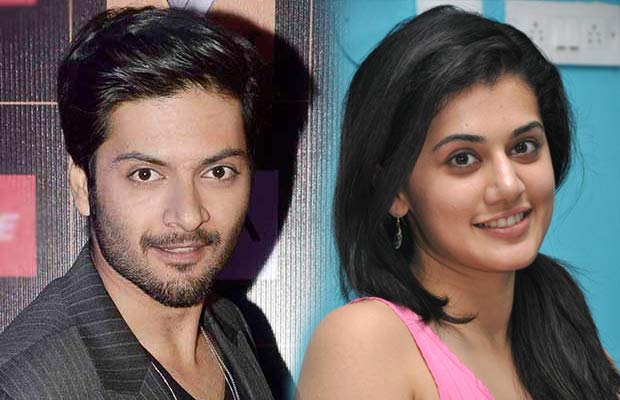 [tps_footer]Its the year of sensational new pairings in Bollywood filmmakers are experimenting with current young faces in Bollywood.

Now we will see another fresh Bollywood pairing in ace actor Prakash Raj‘s directorial debut ‘”TADKA” .
Taapsee Pannu and Ali Fazal have been roped in for pivotal roles. The film is a remake of famous Tamil film Un Samayal Arayil.

The film would also be starring Nana Patekar and Shriya Saran, and is set to be shot in Goa starting 1st week of May.
The plot of the film is on a cross connection which changes fates of 2 complete strangers, It is a comedy of errors which will solve the error or create more is a thing you’ll have to see. It is a funny riot of changed identities.

It’s so exciting that finally Prakash sir will direct me. I have acted with him in 2 movies in Telugu before and we had such great time working with each other. His energy is infectious. The icing on the cake being I will get to share screen space with Nana Patekar. I have seen the film in the outh but a lot has changed in it now to suit the sensibilities of Hindi audience and I’m nothing short of thrilled to be doing this role in such an amazing star cast.

Ali says: “I have always admired Prakash Sir‘s work, be it down south or up here. Being directed by him is going to be an adventure i look forward to. Its one of the most endearing stories i have had the chance to work on. Look forward to bringing some tadka to the canvas. Also blessed with a lovely co star, Tapsee, and Nana patekar and shreya saran. The balls rolling and we’re all set to jump in.[/tps_footer]