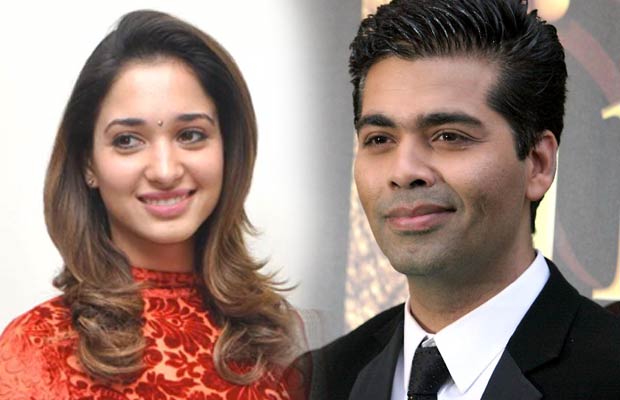 [tps_footer]The beautiful actress Tamannah Bhatia is currently rising high in the south industry, last Telugu Flick ‘Oopri has received immense accolades and has been marked as a super-hit blockbuster. Last year the gorgeous diva was part of 500 crore club film Baahubali: The Beginning and with Rohit Shetty’s next opposite Ranveer Singh and Prabhudeva’s next opposite Sonu Sood, the actress has made way to make an impact in this year too.

If sources are to be believed, filmmaker Karan Johar has purchased the rights to remake the Hindi version of Tamannah’s last Telugu blockbuster ‘Oopiri’. The film itself is a remake of the French film The Intouchables, which is about the warm camaraderie that develops between a wheelchair-bound billionaire and his male caregiver.

Incidentally, this is the second time Karan Johar has bought the rights of a movie which stars Tamannah Bhatia in lead. Earlier Karan Johar’s Dharma Production was one of the crucial supporters of Baahubali: The Beginning. According to sources, Karan was highly impressed by Tamannah’s performance in ‘Oopri’ and as the actress has performed immensely well in the Telugu version, the production house is considering to cast the gorgeous actress in Hindi version too.

Well if that turns out to be true, it would be interesting to know who will be paired opposite Tamannah?[/tps_footer]