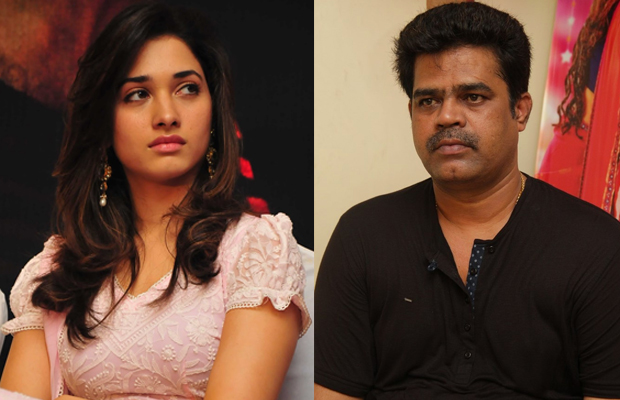 Filmmaker Suraj seems to have a thought that the actresses are only meant to give glamour to the film, while the actor acts, the actress just gives glamour. So when he sees a long dress, he asks the fashion designer to cut the dress short and make it glamorous.

After these talks, Baahubali actress Tamannah Bhatia took offence and made sure to slam the director for objectifying women such. Her post about the offence went viral on Twitter. This is what she wrote..

” This is 2016 and it is very ironic that I have to leave a film like Dangal, which talks of women empowerment. I am very hurt and angered by the comments made by my director Suraj and I would definitely want him to apologise not only to me, but to all the women in the industry. We are actors and are here to act and entertain the audience and should not at any point be objectified as commodities. I have been working in the film industry for over 11 years and have worn costumes, which I have been comfortable with. It is sad that women in our country are spoken about so frivolously and I would like to tell my audiences that our industry should not be generalised due to comments made by one such individual.”