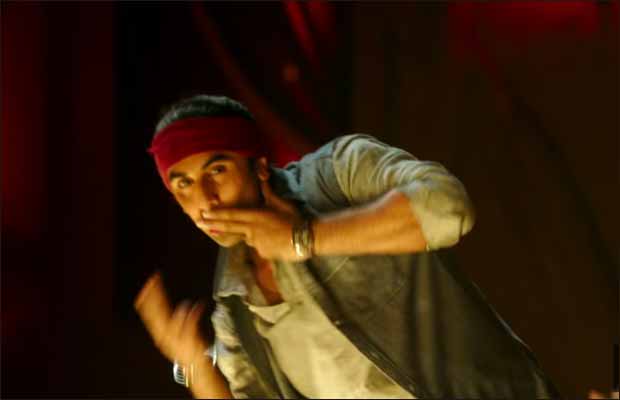 [tps_footer]Imtiaz Ali’s upcoming film ‘Tamasha’ is surely awaited by many. The wonderful stars Ranbir Kapoor and Deepika Padukone are all set to revisit their chemistry once again with ‘Tamasha’. The highly talented stars were last seen together in the movie ‘Yeh Jawaani Hai Deewani’.

Well, after a few lows in the career scale handsome actor Ranbir Kapoor is geared up to bring back his lost charm with the film ‘Tamasha’. The film has already impressed the audience with its previously released songs and is back with another entertaining number Wat Wat Wat.

A truly engaging and an out of the box track; Wat Wat Wat is surely a song to watch out for. Featuring Ranbir in a nerd like reserved look, the song initiates with Ranbir confessing to his father that he does not want to pursue engineering. With foot tapping beats, the track sees Ranbir breaking off from the monotonous shackles of studies.
The highlight of the song Wat Wat Wat is its lyrics which is rooted and local but makes you want to listen to it all the more. The never heard before like melody and head banging like tone it combines the urban and the modern feel to the grounded melodies.

Gorgeous actress Deepika is also a part of the song, but the track primarily features only Ranbir. After a long stretch of negatives from the critics Ranbir finally seems to be coming back with his craziness which is evident in the song Wat Wat Wat.

The song is crooned by Shashwat Singh and Arijit Singh. The lyrics are penned down by Irshad Kamil and the music is given by A R Rahman. A mind triggering song with Ranbir’s candid performance surely makes it a perfecto!
Directed by Imtiaz Ali, Tamasha will hit the theatres on November, 27th, 2015.

Also Watch: Here’s Why Deepika Padukone Wants To Be With Ranbir Kapoor