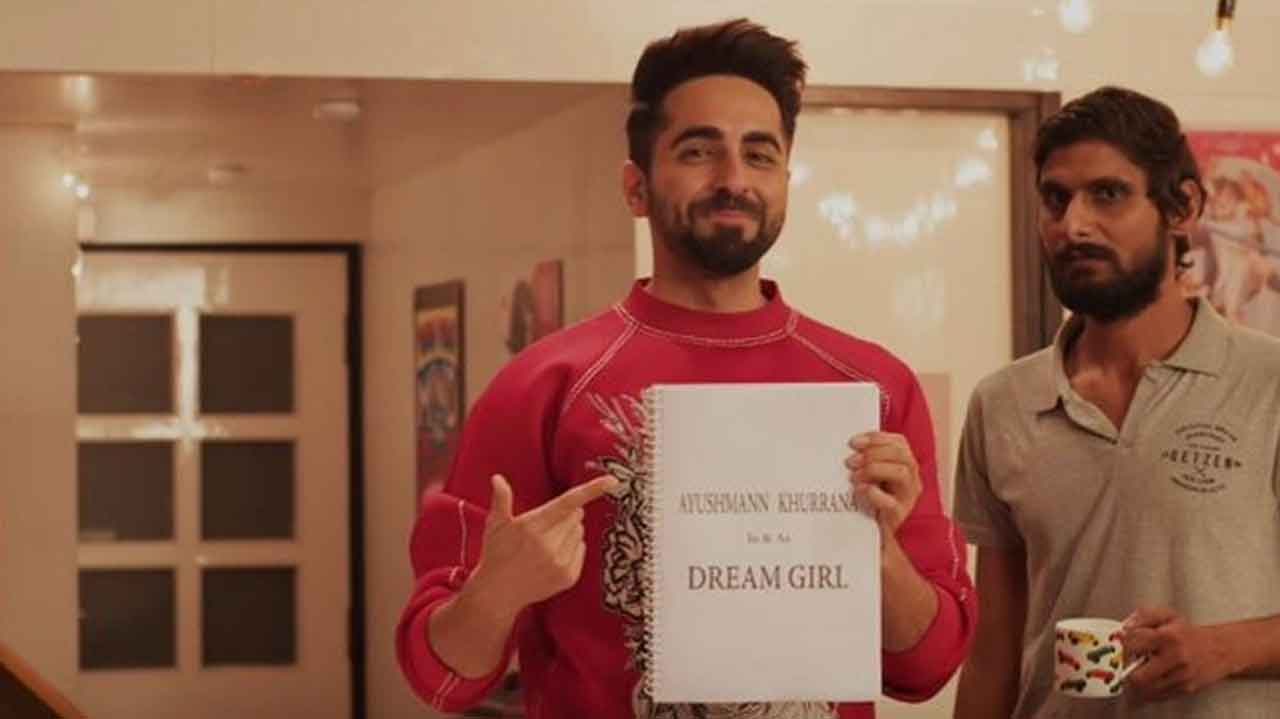 Ayushmannn Khurrana has now geared up for his next quirky drama Dream Girl, as the team Dream Girl kickstart their shoots in film city Mumbai.

After treating the audience with the insight of shooting in Mathura, Ayushman Khurrana has kickstarted Mumbai schedule a testimony of which is seen in his social media handle.

The actor shared some snipped on the social media with a celebratory backdrop captioning:
“Among all these lights
I am only interested in moon”

On 3rd December, Ayushmann Khurrana shared the first look poster of his upcoming film – ‘Dream Girl’. Sharing the poster, he tweeted,
“As whacky as it can get! Here’s the first glimpse of my look in and as #DreamGirl. Thoughts?”

The earlier released poster in which, a saree-clad Ayushmann is seated on a scooter. Wearing yellow glass bangles and slippers, he is seen hiding his worried face under his pallu (veil) has created huge anticipation amongst the audience. In the backdrop, the poster has a temple and the boards of two establishments—Jeewan Maran Shop and Shri Ram Leela Seva Samiti

The king of unconventional cinema, Ayushmann Khurrana will be teaming up with the Nushrat Bharucha.

Written and directed by Raaj Shaandilyaa, the film stars Nushrat Bharucha as the female lead. Produced by Ekta Kapoor, Shobha Kapoor and Aashish Singh, it is Ayushmann’s first collaboration with Balaji Motion Pictures.