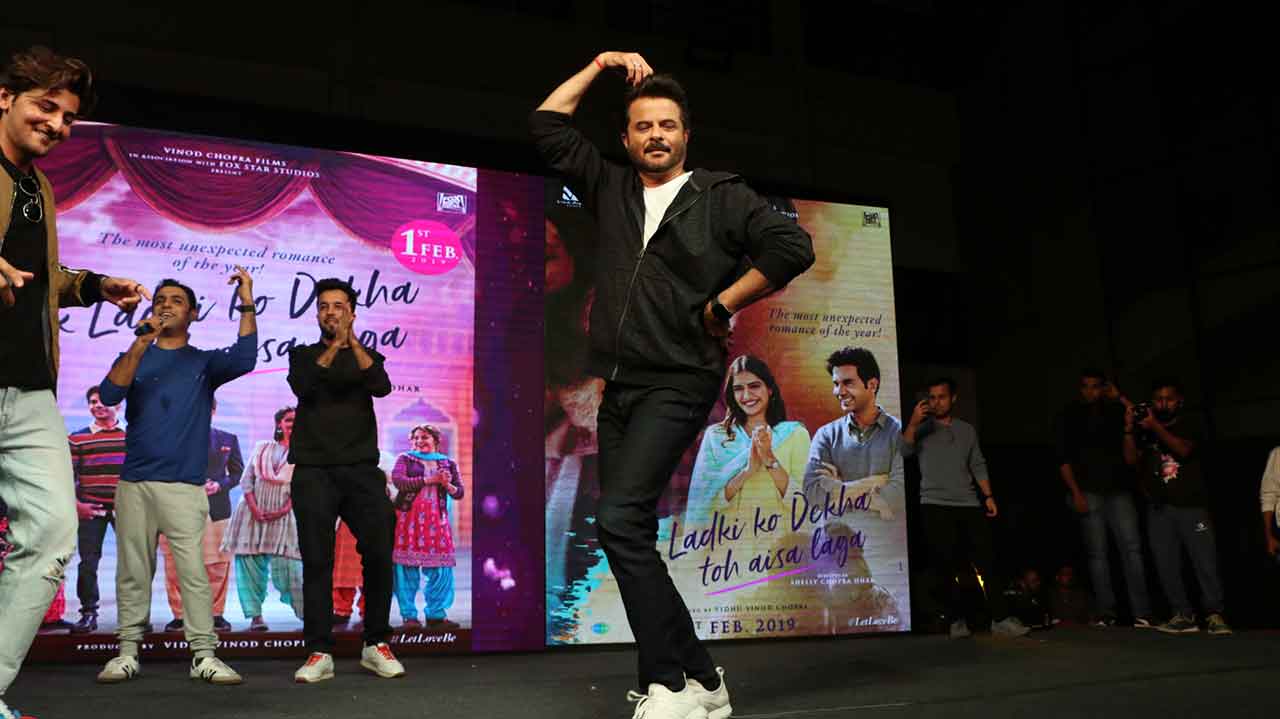 The college had the team Ek Ladki Ko Dekha Toh Aisa Laga as their guest of honour where the actor Anil Kapoor, director Shelly Chopra Dhar along with the music composer, Rochak Kohli and teen sensation singer Darshan Raval attended the annual festival of the college. The team also interacted with the students while promoting the film.

Actor Anil Kapoor has seen grooving on the latest wedding song from the film, Ishq Mitha along with the director Shelly Chopra Dhar and singer Darshan Raval. The youngsters were chanting their voice out and they all went gaga over Anil Kapoor when they saw him dancing on the iconic song.

With a unique concept, the film touches upon the issue of the society which has raised the anticipation in the audience of all age group.

From showing homosexual characters onscreen ridden with stereotypes and used only as fillers, the identity of a gay person has evolved manifold in the Indian film industry and Ek Ladki Ko Dekha Toh Aisa Laga breaks all the stereotype with the mainstream story with a pinch of a twist.

A few days earlier, the makers of Ek Ladki Ko Dekha Toh Aisa Laga released the title track and a Punjabi wedding song ‘Ishq Mitha’ which has garnered immense love from the audiences. The title song of the film is a recreated version of 1942 A Love Story, the Anil Kapoor, and Manisha Koirala musical that ruled 90s India and ‘Ishq Mitha’ is perfect wedding song of the season.