Unlike usual press meets, the Fukrey Returns team in an innovative strategy went live on Facebook.

Over a live video session, the Fukrey stars took to answering their audience’s questions, however, they had a unique question posed to them by none other than Katrina Kaif.

The ‘Ek Tha Tiger’ actress was left baffled spotting the presence of a tiger in the Fukrey Returns teaser.

Katrina Kaif wrote, “There is a Tiger in the there too!, what’s his story? #TigerZindaHaiInFukreyReturns” 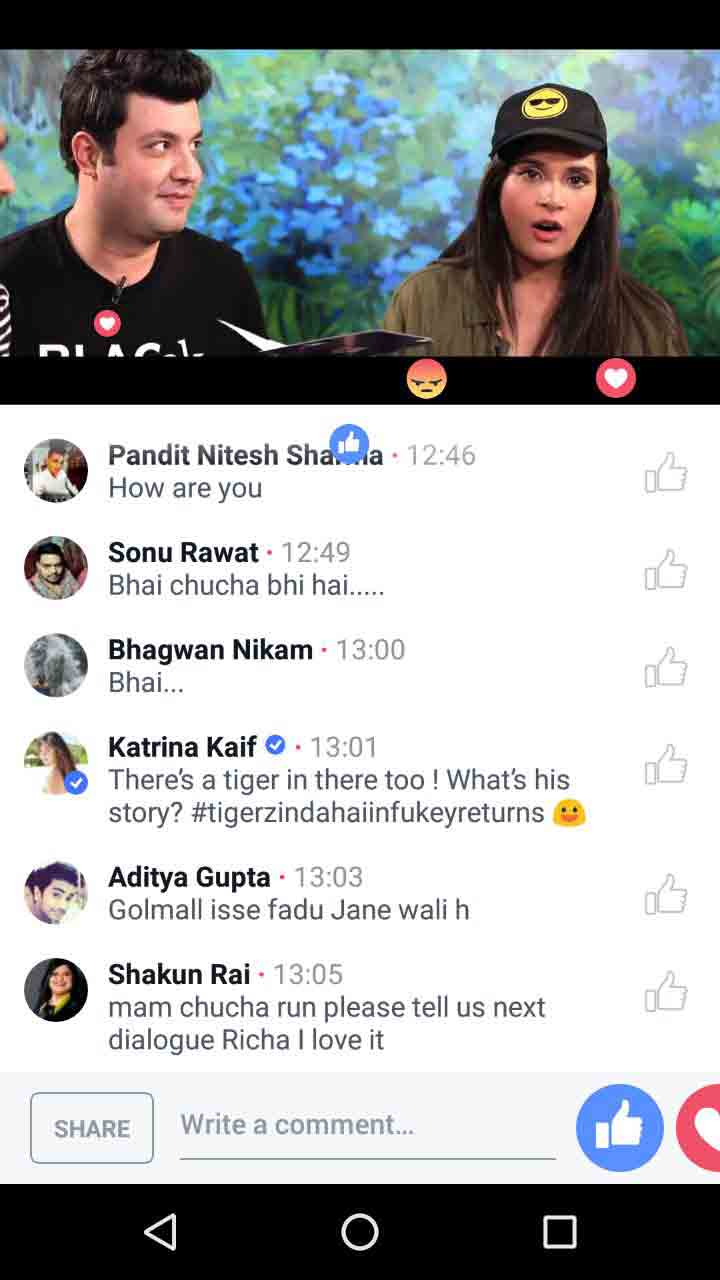 Richa Chadda aka Bholi Punjaban said, “We believe in Sharing, so we shared our Tiger with them”

While Manjot Singh aka Lali concluded,”It’s a suspense you’ll know on 8th December.”