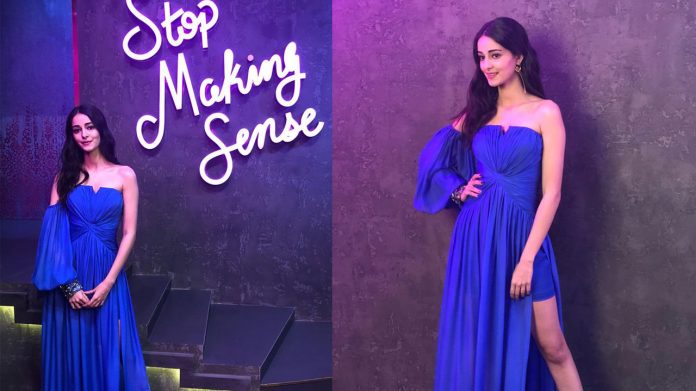 Ananya Panday is all set for to make her debut in Bollywood with Student of the Year 2, also made her Koffee With Karan along with her co-stars and Ananya was soaring temperature in Blue dress.

Ananya Panday who is gearing up for her debut has already bagged her second film ‘Pati Patni Aur Woh’ and started shooting for the same.