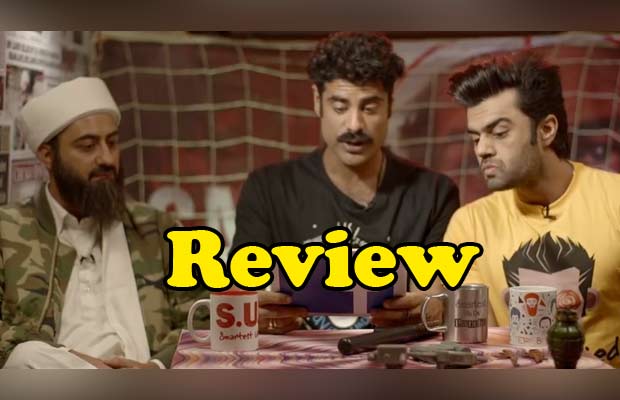 [tps_footer]A film within a film, or a film talking about itself, can be very confusing, leading up to moments when you can’t understand if it’s the film or the film within the film that you are watching.

This sequel to writer-director Abhishek Sharma’s 2010 sleeper hit ‘Tere Bin Laden’ is one of those scripts trying to stretch a good thing too far, only to see it snap.

The first Tere Bin Laden was quirky and satirical and quite good; the second is an obvious attempt to recreate the magic, with little success. A few clever lines and gags, Manish Paul’s reasonable comic timing and some interesting casting (mimic Iman Crosson as the American President, Sikander Kher in various prosthetics, costumes and muddled accents) cannot rescue this laborious attempt from anything but extreme mediocrity.

Paul is Sharma (an obvious dig at the film’s director Abhishek Sharma) who discovers an Osama Bin Laden lookalike Paddi Singh (Pradhuman Singh) and makes a successful film ‘Tere Bin Laden’. But Sharma is chucked out of the sequel by the film’s producers, the Shetty sisters (producers Arati Shetty and Pooja Shetty-Deora) and its egoistic star (Ali Zafar playing himself and overdoing his Shah Rukh Khan devotion) for a bigger marquee director. Sharma’s film, however, comes into the attention of both a group of amateur Pakistani terrorists led by Khaleeli (Piyush Mishra) and the CIA (Sikander Kher, funny as the over-the-top David Chadda), who want to kidnap the fake Osama for their own benefits.

The Obama lookalike (Iman Crosson) and other sundry characters aid (or destroy) this tug-of-war between various parties for possession of Paddi and his stark resemblance to the once most dreaded – but now deceased — terrorist.

Some cutesy gags do help build momentum early on, but then they become too few and far in between to sustain interest. At least all the actors are trying hard (or too hard) to get their act together, which is the only reason this gets two stars.