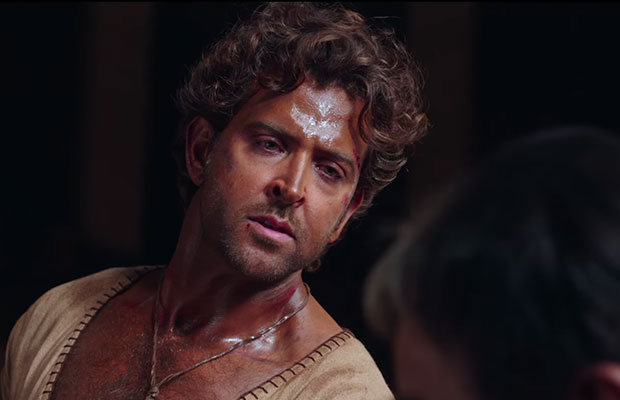 [tps_footer]We know that Hrithik Roshan has been pretty busy with his upcoming movie Mohenjo Daro which is directed by Ashutosh Gowariker.

As we all know, Ashutosh Gowariker is known for making historic and grand movies and this one is no exception. The trailer of Mohenjo Daro just released on Youtube and we are really excited.

Right from the beginning, the trailer looks historic, worn in time and definitely massive. This movie dates back to the era when we India was not what it is today and what was known as the Indus Valley Civilization.

Rich in cultural heritage, power packed action, of course no Bollywood movie is complete without romance and of course a lot of pomp and grandeur fits this movie right!

Hrithik looks extremely promising, and depicts the role of Sarman, a man in love with his city and who would go to any extent to protect it. Incidentally, he falls in love with Chaani, played by Pooja Hedge.

The music for the movie has been composed by none other than A.R Rahman himself.

Mohenjo Daro releases on August 12, 2016 under the banner of UTV Motion Pictures and Ashutosh Gowariker Productions with the cast of Hrithik Roshan and Pooja Hedge in the lead.

Well, after watching the trailer we are expecting some massive explosion and a time warping experience. Can’t wait. What about you guys ?