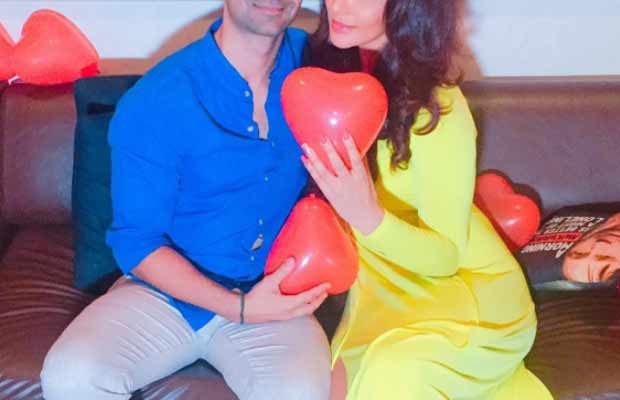 After being friends for almost 12 years, these ex-Bigg Boss contestants fall in love with each other and finally take their relationship to the next level.

One of the talked about reality shows, Bigg Boss as we all know is also known for giving many celebs the love of their lives. Well, we are talking about heartthrob Ashmit Patel and hottest actress Maheck Chahal, who recently got engaged to each other in Spain. Though the two appeared in the different seasons, but have a huge connection with the reality show. Yes, Ashmit proposed his ladylove during their recent European holiday. The much in love couple have got engaged and are planning their wedding date.

Sharing the details of his sudden engagement with BT, Ashmit said, “I never told Maheck that I was carrying a ring with me. We were supposed to meet her family in Norway and I wanted to propose to her in Paris, the City of Love, but it did not happen that way. We were at a cozy restaurant in Marbella (Spain), which had a fantastic view, and I decided to propose.“

Recalling both funny and romantic proposal experience, he added, “Maheck has the habit of having dessert after dinner, and I had decided to propose then. However, on that night, she did not ask for any dessert. So, I excused myself and asked the waiters to get some strawberries dipped in chocolate. I then placed the ring on the plate with strawberries, under a bowl which was placed upside.”

Maheck, unwittingly picked up the bowl, found the ring underneath and was totally surprise. During the same interview, she revealed, “I was so surprised, that I laughed out loud. Since we were not sure which finger – right or left – the ring should be worn on, we paused for a while. He then went down on his knees and the entire restaurant cheered for us. It was a very romantic proposal.”

Ashmit has plans for destination wedding while Maheck Chahal wants to marry in India. However, nothing has been finalized yet. The two will be meeting each other’s family for marriage plans.