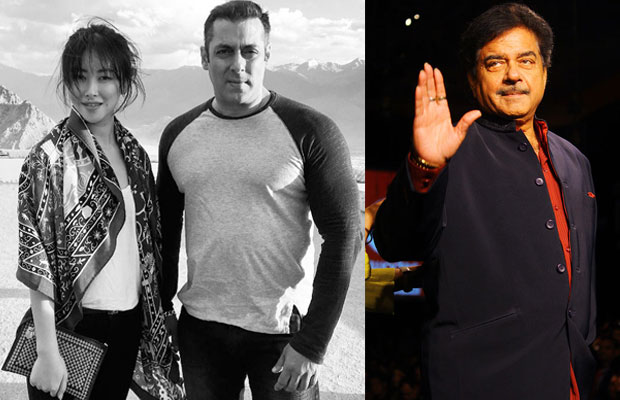 According to sources, Shatrughan Sinha has also joined the cast of Tubelight. The actor plays a vital role in the film and will soon visit Manali for the shooting. Currently, huge army camp setups have been built for the film as the film is based on 1962 Sino-Indian war. Chinese actress Zhu Zhu will be the leading actress of the film. The film will be releasing in 2017 during Eid.

Apart from Tubelight, Salman will have another release in 2017. He will be seen opposite Katrina Kaif in the film Tiger Zinda Hai. It is a sequel to their 2012 super hit film Ek Tha Tiger. Well, the sequel won’t be directed by Kabir, Sultan’s director Ali Abbas Zafar will helm the sequel. Tiger Zinda Hai will be releasing during Christmas 2017. It will be clashing Ranveer Singh, Deepika Padukone, Shahid Kapoor’s Padmavati.