The versatile actress Swara Bhaskar has been working hard to lose her weight for an upcoming project!

Some of the Bollywood stars are known to go to any extent to bring perfection in their roles in the films. They do not hesitate to walk an extra mile to add to their characters of the film.

The best example would be Aamir Khan who first gained weight for filming ‘Dangal’. And then worked out really hard to get back into his shape for the younger version of the same character. Another example would be the versatile actor Randeep Hooda who had shocked everyone with his transformation for the biopic ‘Sarbjit’.

When it comes to losing weight for a film’s role, even our B-town actresses do not lag behind. Earlier, actresses like Sonakshi Sinha and Aishwarya Rai Bachchan have shed kilos for their roles in films.

And now according to reports, actress Swara Bhaskar has lost as much as 10 kilos for her role in the film ‘Veerey Di Wedding’. A source has been quoted by DNA saying, “Swara has been sweating it out at the gym and keeping a keen eye on her diet as well. She has lost over 10 kilos.” 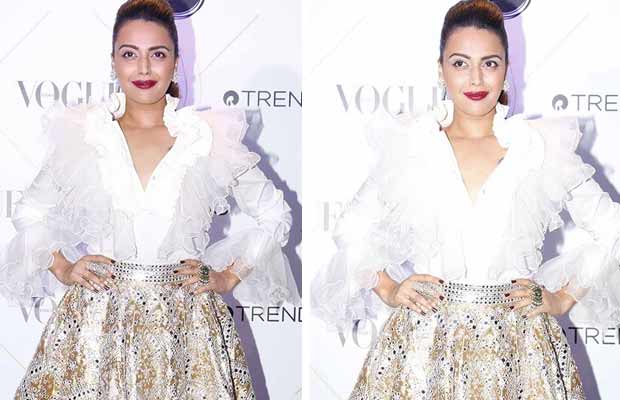 In fact, the actress Kareena Kapoor Khan has also been working on her figure for the same film. We have seen how she has been hitting the gym hard to get back her flawless figure post pregnancy. It is going to be her comeback after giving birth to a baby boy, Taimur Ali Khan.

Talking about ‘Veerey Di Wedding’, the film is going to be produced by Rhea Kapoor. The film is reported to be a women centric one and stars Kareena Kapoor Khan, Swara Bhaskar and Sonam Kapoor. It is expected to go on the floors by the end of this year.