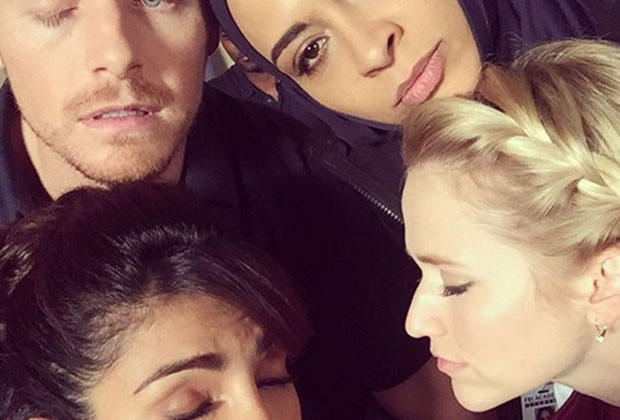 Priyanka Chopra has made us all proud thanks to her successful and well recognized venture into Hollywood. she is playing a lead in an ABC production house release ‘Quantico’. Off late we have missed her from our country as she was seen more in the U.S than in India all cause of her hectic shooting schedules.

We can all imagine how exhausting it must be to work for 16 hours in a day. Luckily we as normal people do not have to go through so much pressure on a daily basis but our favorite stars are often put to test by hectic working schedules thanks to their work commitments.

Recently, we saw PeeCee make a tweet on her personal Social networking account showing herself and her cast members of the much talked about Hollywood venture ‘Quantico‘. We see that she has closed her eyes and is giving us a sad smilie expression. The actors around her too look pretty tired and tested. She made it a point to write and make her fans know how it is that she feels after a 16 hour long day at work. We all think that being an actor is too good, you get to act, smile and dress pretty but not it is not always just a bed of roses. It is often a day of hectic work schedules and long tiring days at shootings. 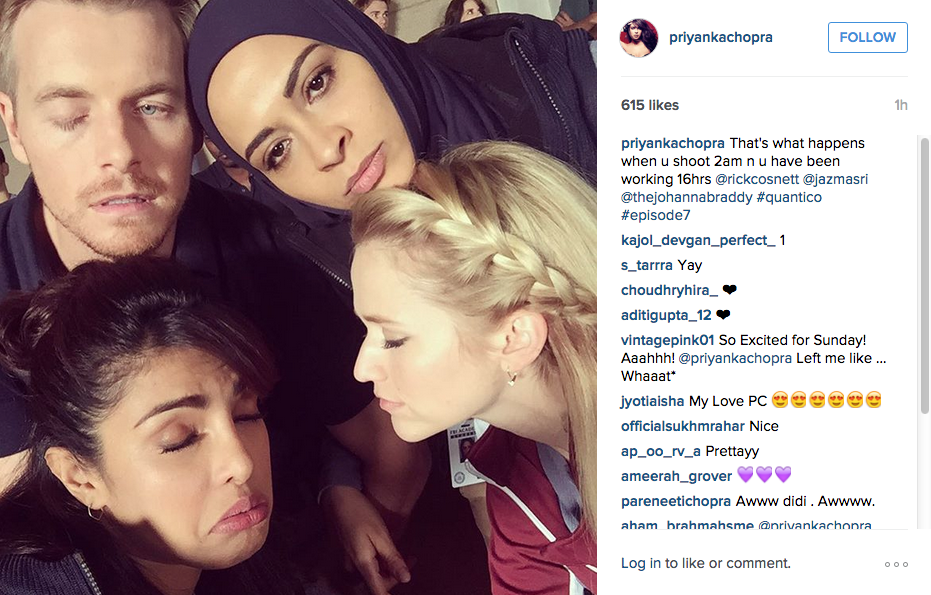 Well, you might have heard that Quantico, which is based on masterminding the biggest attack on New York City since 9/11 looks feels like a Shonda Rhimes series and according to reviews, it does somewhere. Priyanka plays the role of a half-Indian, half-Caucasian FBI trainee named Alex Parrish agent in training at ‘Quantico’ Base. Priyanka Chopra is suspected of masterminding the attack.

For those who have been a fan of ‘How To Get Away With Murder’ and ‘Scandal’, ‘Quantico’ is just the right show. The audience has the entire season to look forward and keep guessing till the last that who is suspicion among all the seven recruits.