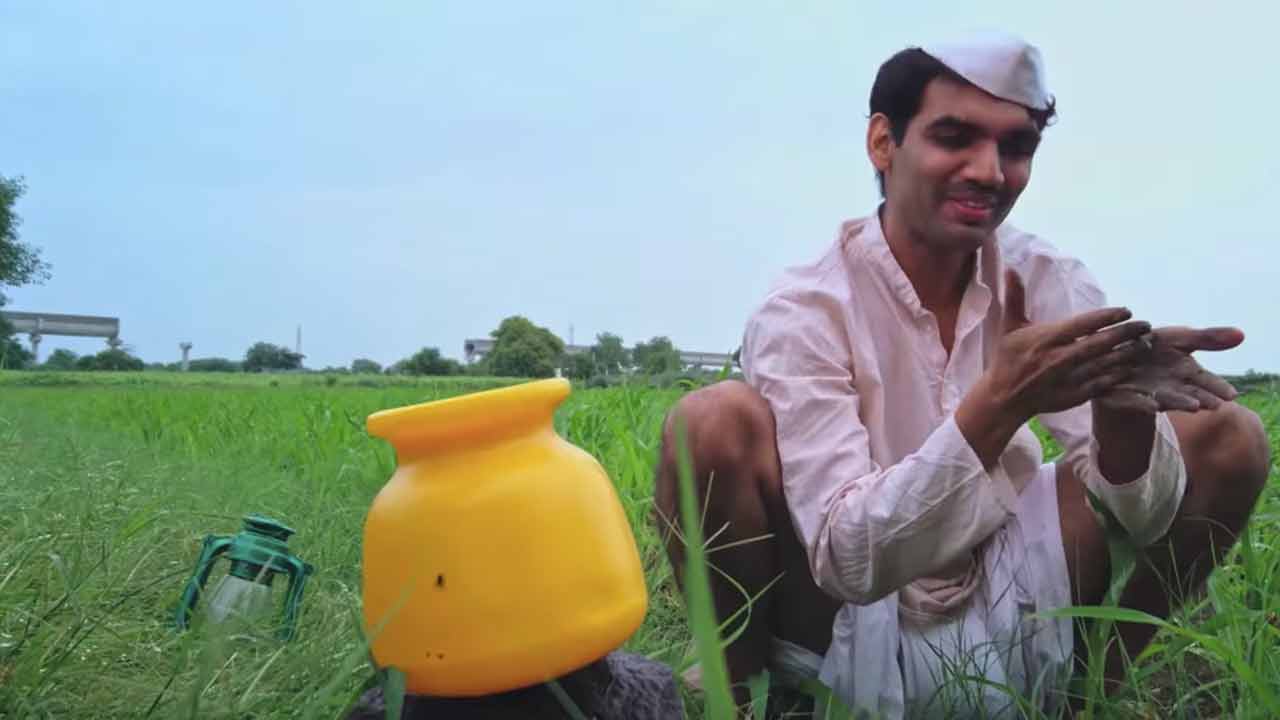 Right from the beginning it attacks the age old cliché of Hindi films which mostly feature Hero’s friends who are gross looking & ugly… Which is the case with Dhadak as well! (Disclaimer: I am not at all sorry for the spoilers that I am going to give in this article… In fact, I suggest you to watch this parody instead of watching that movie. And if you’re offended or are a Fan of Karan Johar; I strongly suggest you to refrain from scrolling down further.)

So the video starts with Salil auditioning for the Hero’s friend’s role and being rejected cause “Inki shakal is role k liye thodi achchi hai…” LoL and obviously Hero’s only qualification is supposed to be his Star-Khan-daan lineage.

From here-on the video brings a surprisingly entertaining twist taking us to a village in Maharashtra… (Even this Parody video does more justice to Sairat than its “remake” Dhadak, by being genuine to the original film’s Soul that was based in a small village where such Love-stories actually exist.)

Anyway, moving on… After bravely calling out Bollywood over a number of matters. Salil goes on to reveal the formula of Bollywood films like the one Dhadak is…
Here’s the formula cracked and it’s pretty Hilarious!

And to top it all…

The Baap of all Formulas…